I set out two mobile actinics last night: at the North Dock dunes, Llanelli and under some beeches at Cilymaenllwyd, Pwll. Fair numbers of moths but little of particular interest - but that`s mothing for you!
At my first site at the North Dock, I decided (after some previous limited `staying with the trap` sessions) to risk leaving the trap out overnight, as I had noticed that any` undesirables` were unlikely to walk the relatively (to me,but not to them!) short distance from the car park to near the sand spit termination, where I planned to leave the trap. 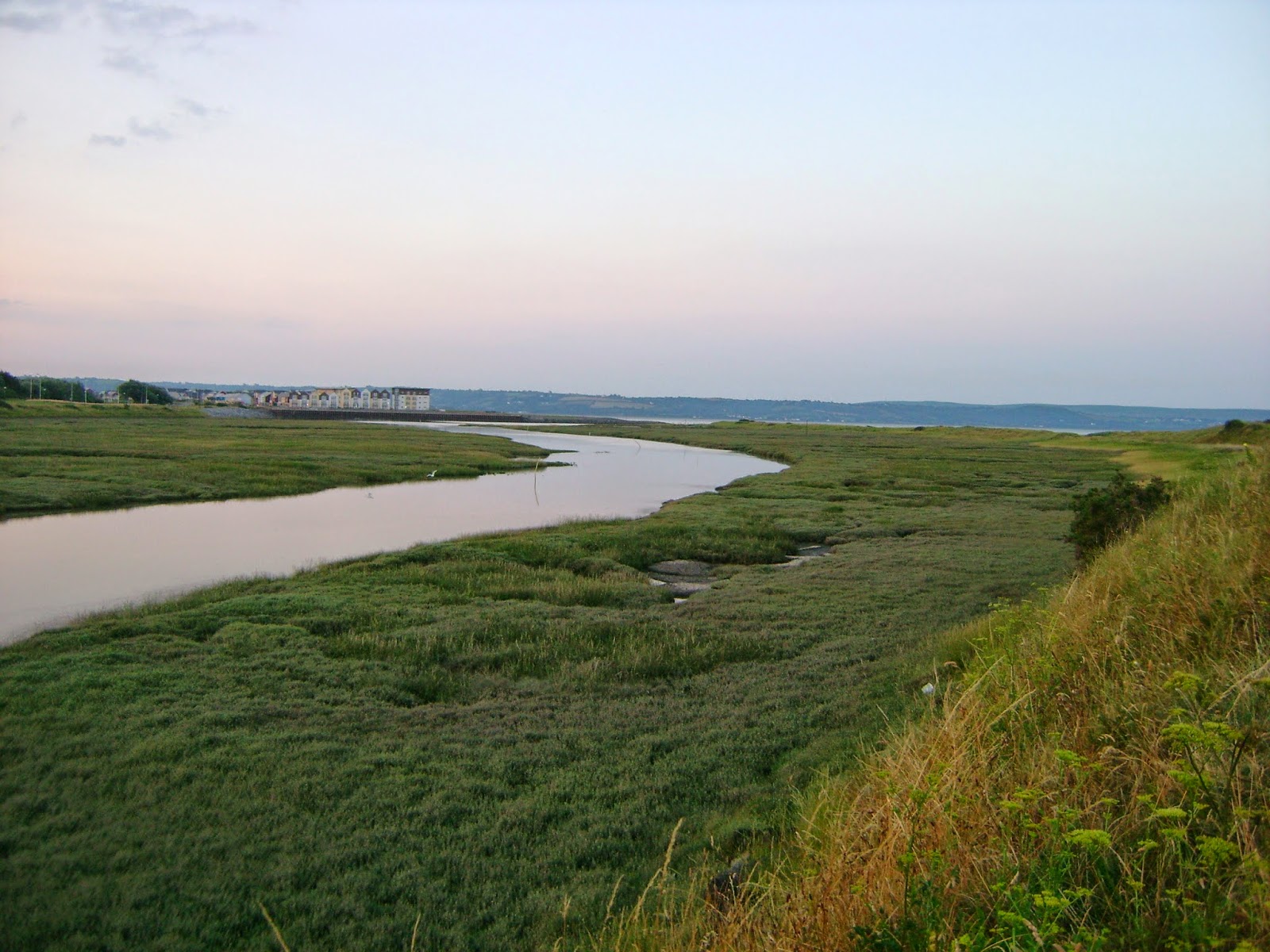 Above: the site at dawn today - the trap was left at the end of this sand dune spit, near the top middle right of the photo.

The catch included a few Archer`s darts, a solitary dog`s tooth, a single ear moth, a garden tiger, a silky wainscot, marbled greens and several cloaked minors, with a total of 25+ macro species in the small actinic trap. 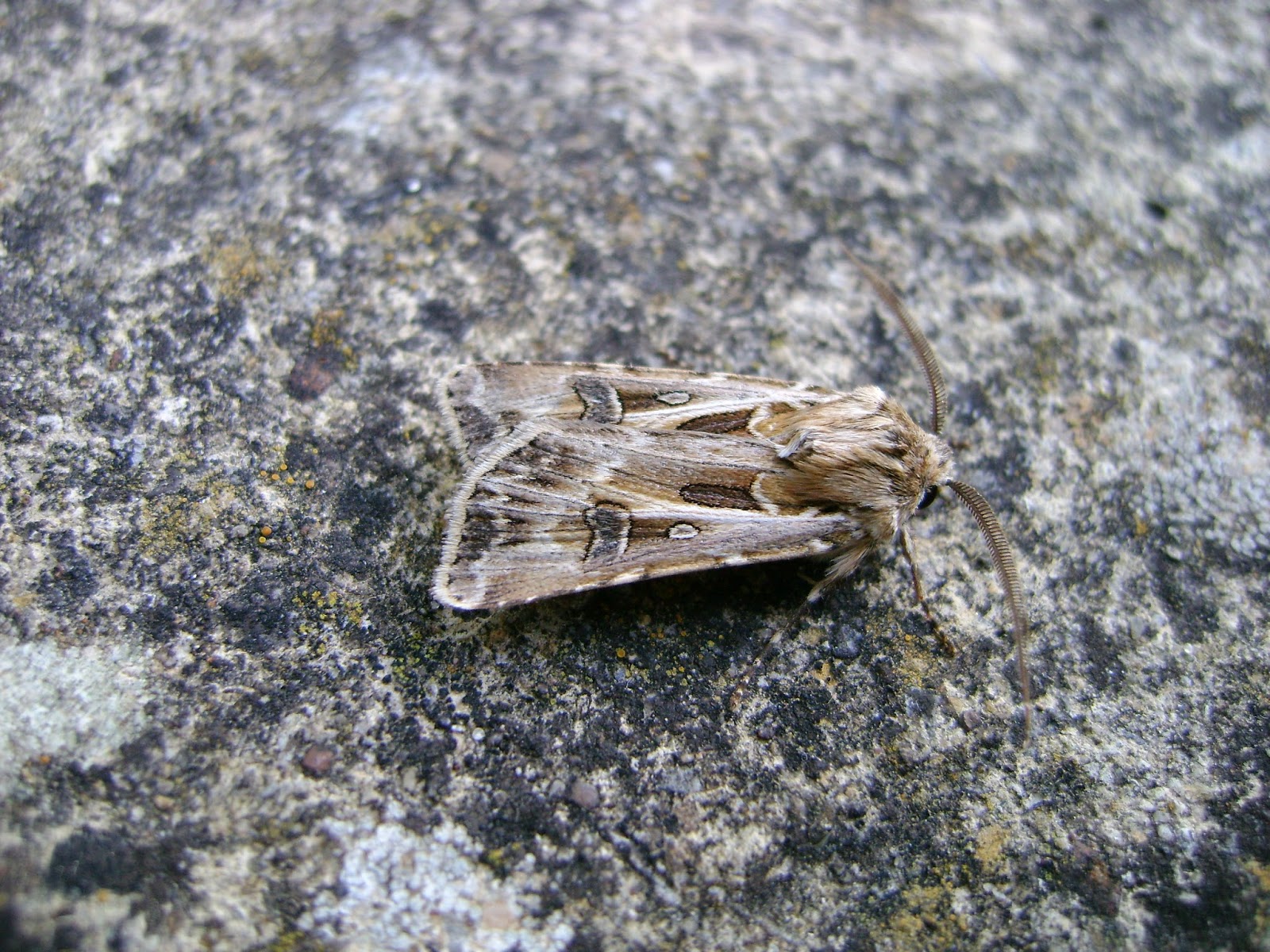 Above: a rather handsome Archer`s dart. 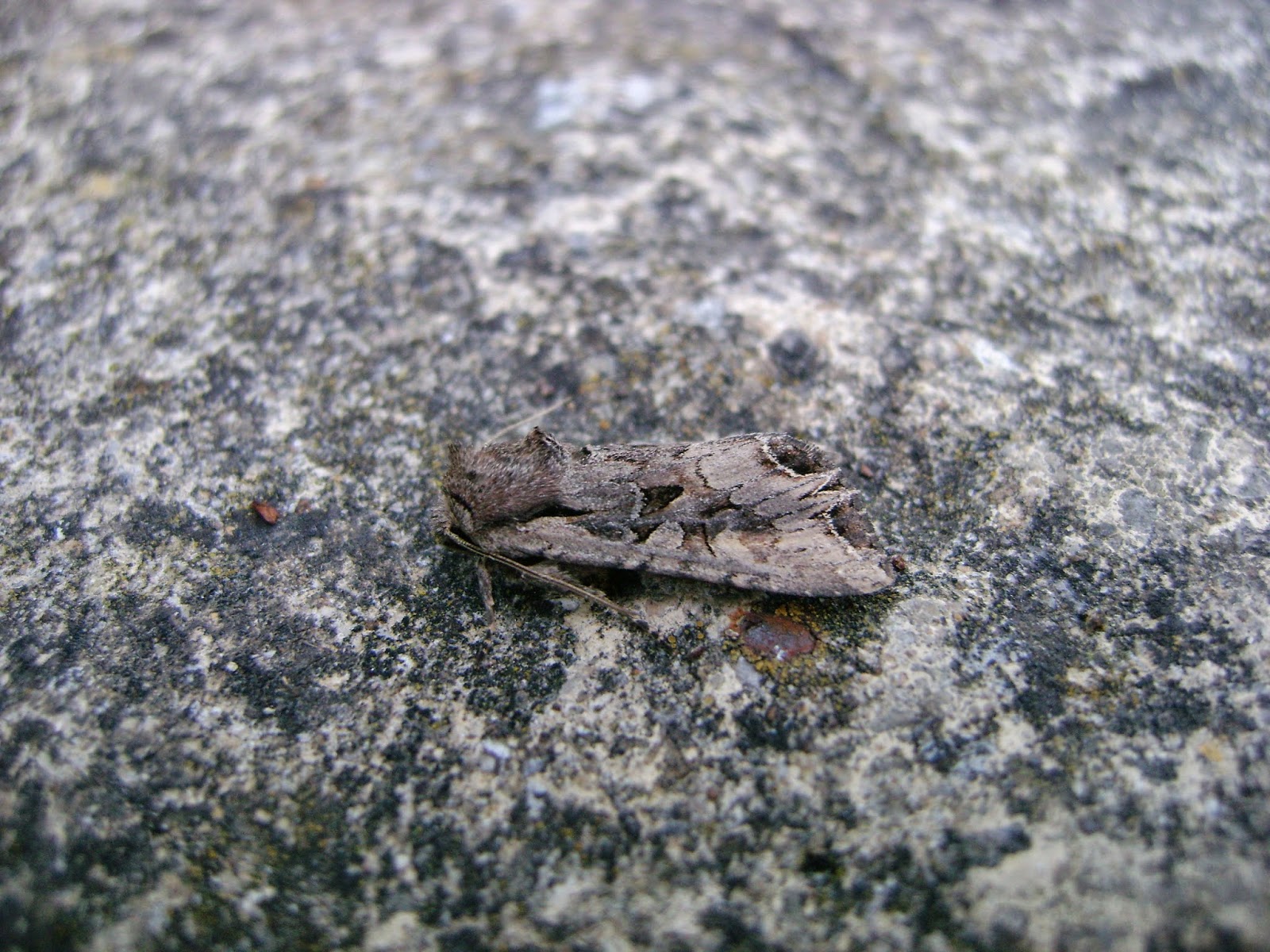 Above: a dog`s tooth - note the` fang markings`! 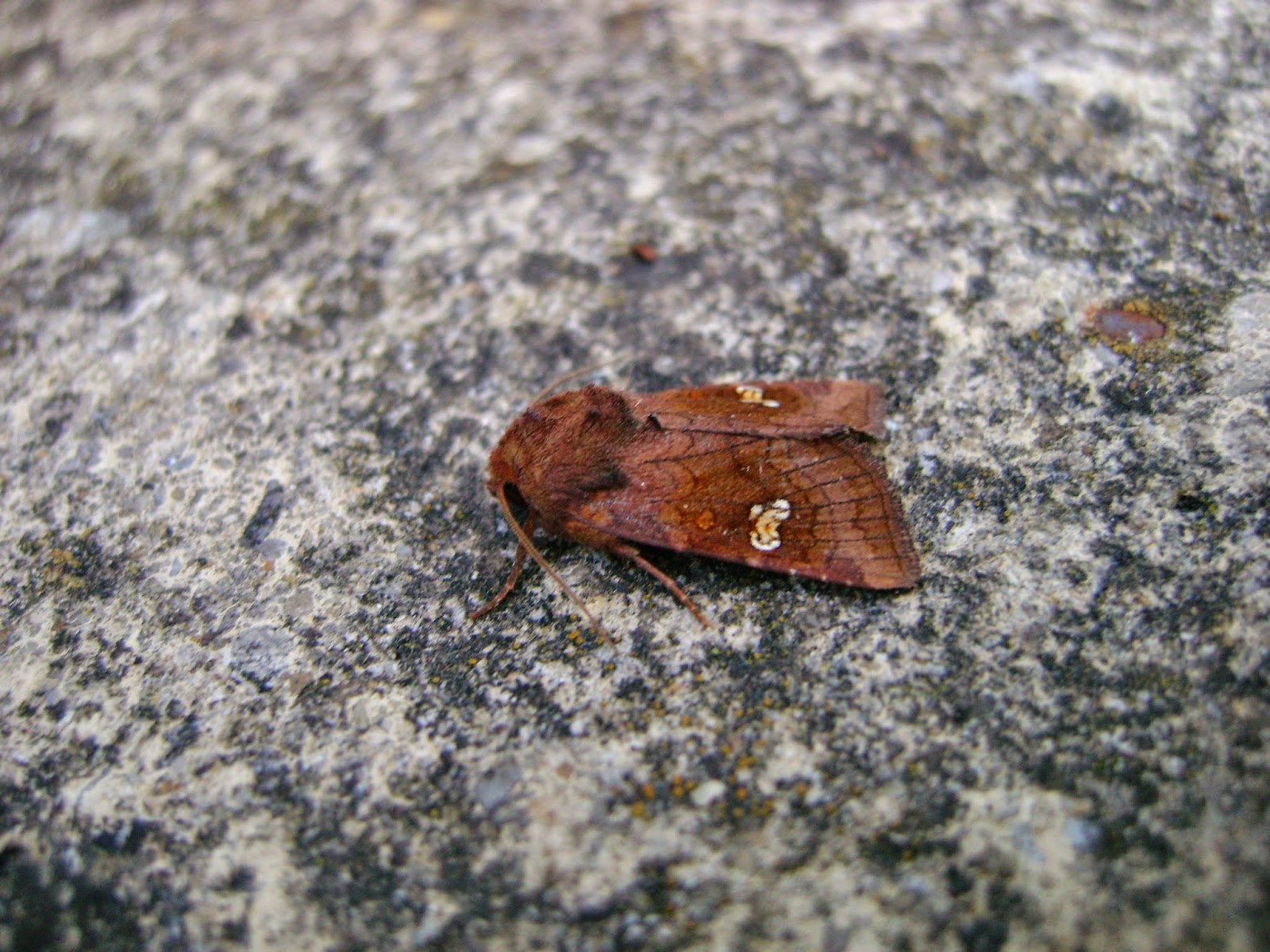 Above: ear moth - potentially a saltern ear, given the habitat (specimen retained). 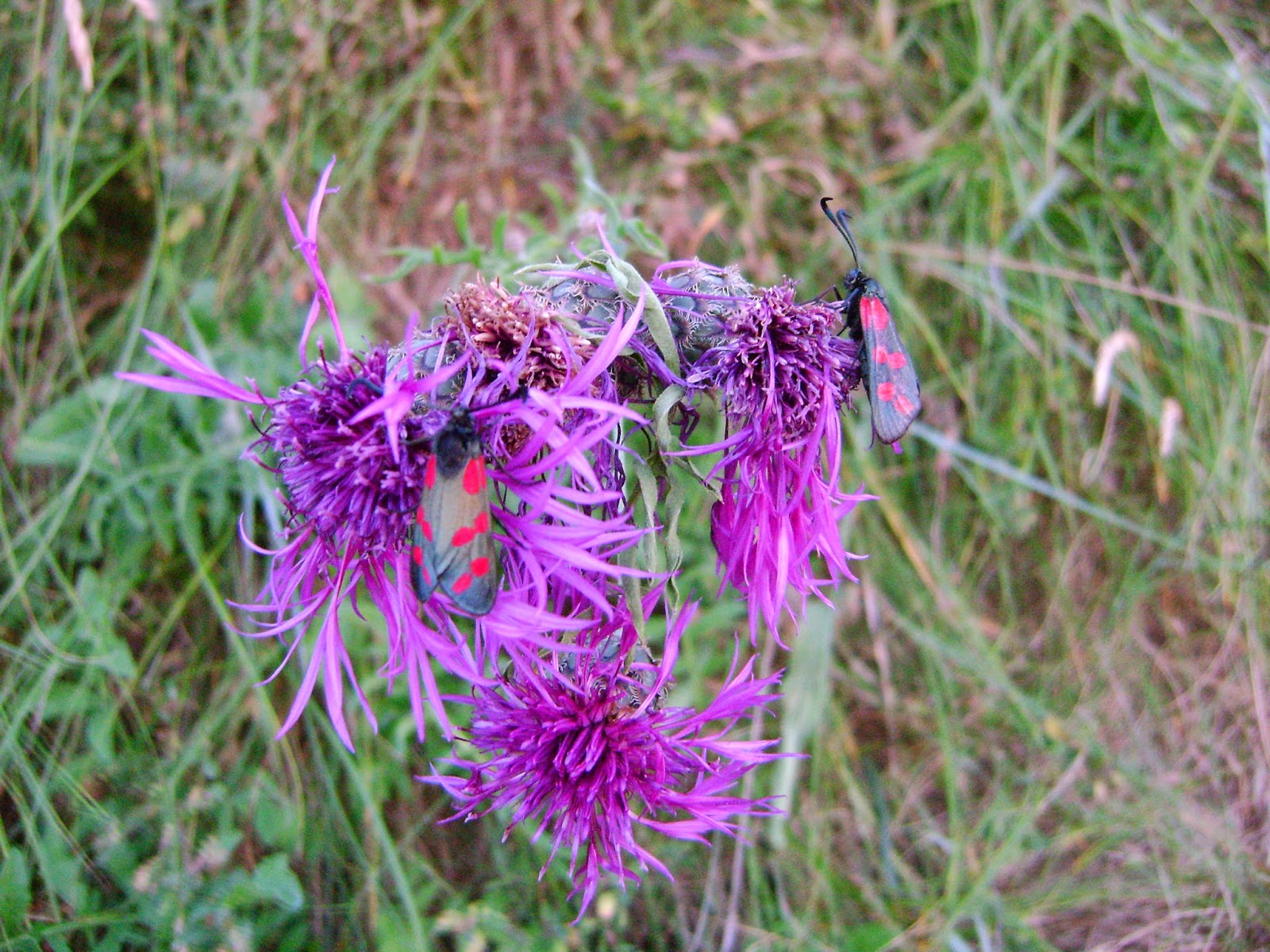 Above: walking back to the car this morning, I noticed these six-spot burnets that had obviously roosted overnight on this clump of greater knapweed flowers.

The second site trapped was a small clump of beech on the old Cilymaenllwyd Estate at Pwll. When seeking moths, it is a good idea to note when others catch a particular species that you may be seeking, and Barry Stewart`s capture of barred hook-tip earlier this week encouraged me to try last night for this moth but, sadly, no luck! 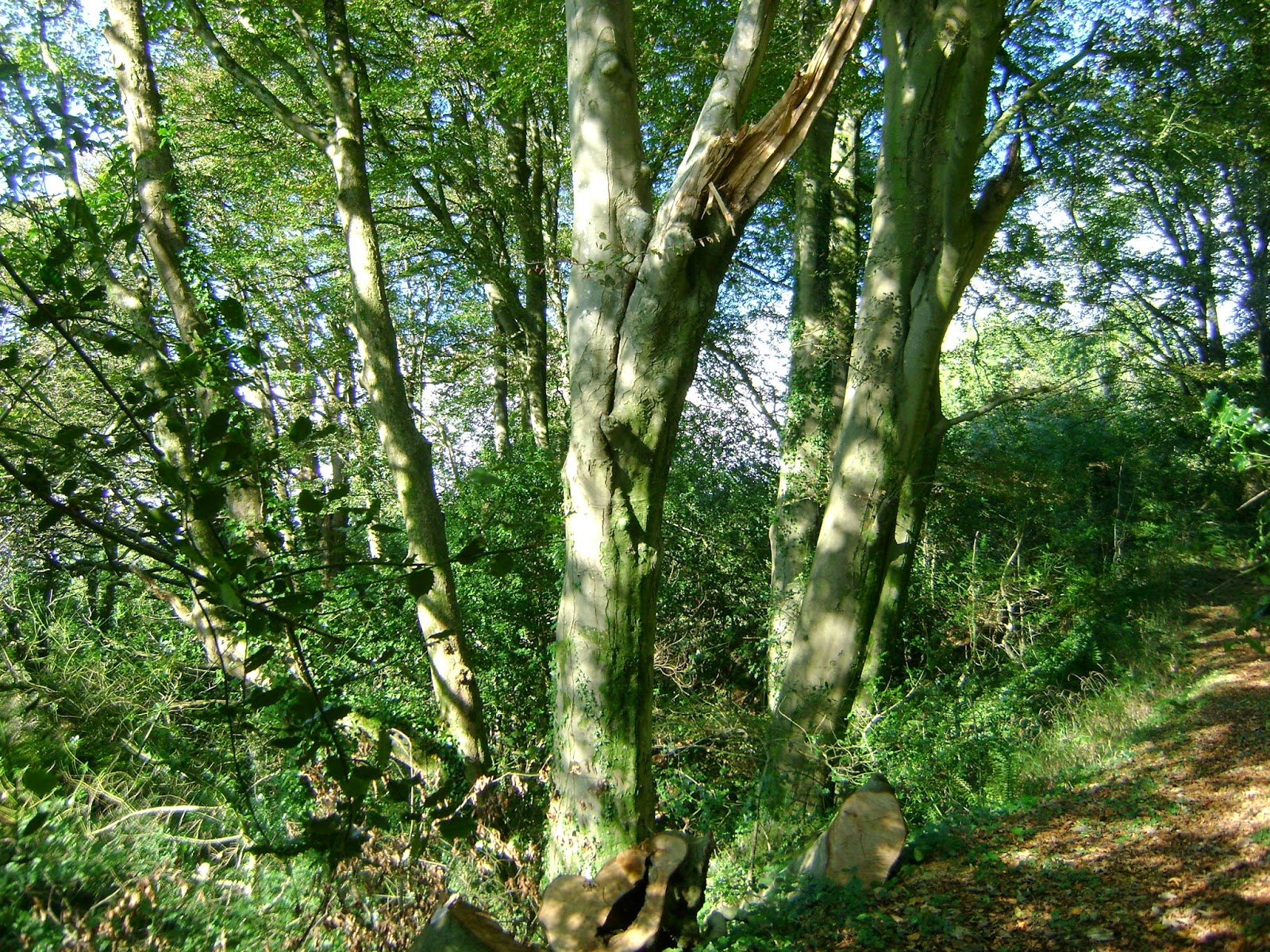 Above: mature beeches at Cilmaenllwyd, Pwll.
About 21 or so macro species were caught, including fair numbers of black arches (7), a coronet and the plume moth Amblyptylia acanthadactyla. 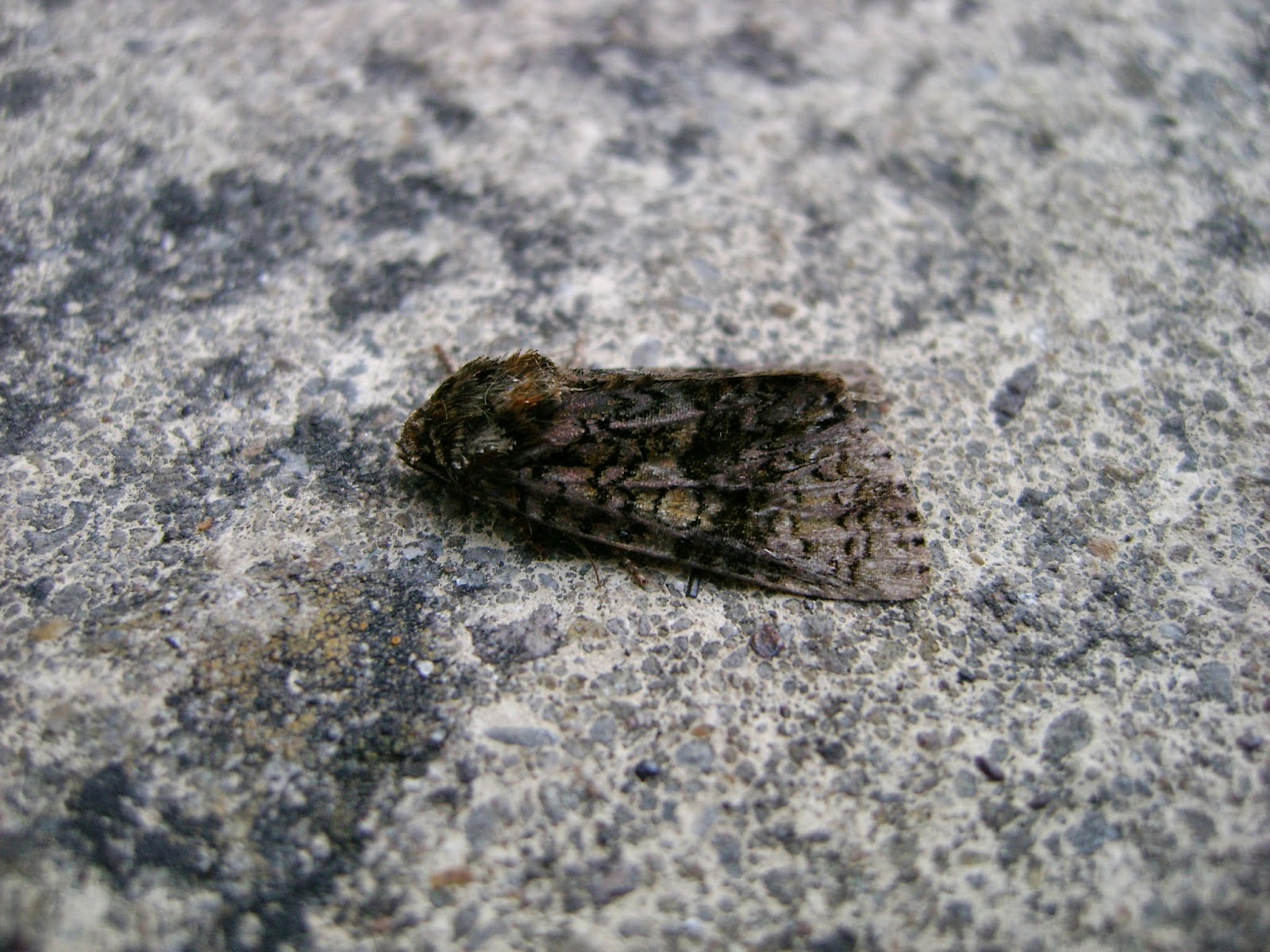 Incidentally, there`s a huge amount of beech mast on the trees this summer - we`ll have plenty of ground-feeding tits, chaffinches and perhaps even bramblings to watch this autumn/winter.