50%? Not my accuracy rating for micro ID, but the simple fact that we are now half way through the year! I thought that I would look back and see how the mothing year has been so far at Cwmllwyd. I find that I have trapped here a paltry 12 times since the first session on 8th April: not too brilliant for what I laughably consider to be my "constant effort" site. This frequency of trapping is unlikely to improve, particularly if I increase attention to the mountain (which I very much hope to do).

144 species have been recorded so far: this number would be far greater if all those rare and previously unknown to science moths which flew out of the trap without the slightest provocation never to be seen again, had allowed me to check them out, or, if I was more proficient at identifying micros!

Highlights have been Glaucous Shears (sorry, Ian) and Dark Brocade, both recorded twice and Light Knot Grass seen once on the mountain. Perhaps the most interesting species to me, though, was also the most abundant by far; I give you.....wait for it..... (drum roll and fanfare)..... Micropterix calthella!  Once discovered on Bugle, they were subsequently found in their thousands on Marsh Marigold and Buttercup (having been steered in the right direction by Sam (me, not the moths)). I never did find them on Globeflower, though.

I've been envious of many blogging on this site, particularly those who trap way down south who have reported many species which will never occur here. It's also been apparent that many species are seen earlier at a lower altitude or nearer the coast than here - this has proved a useful pointer as to what to look out for at Cwmllwyd. It's also obvious that many of you achieve much greater diversity of species much of the time.

It has proved to be a fascinating year so far at Cwmllwyd: I would be most interested to know how others would sum up their experiences at half term.


I always like to finish with a pretty picture, so here's 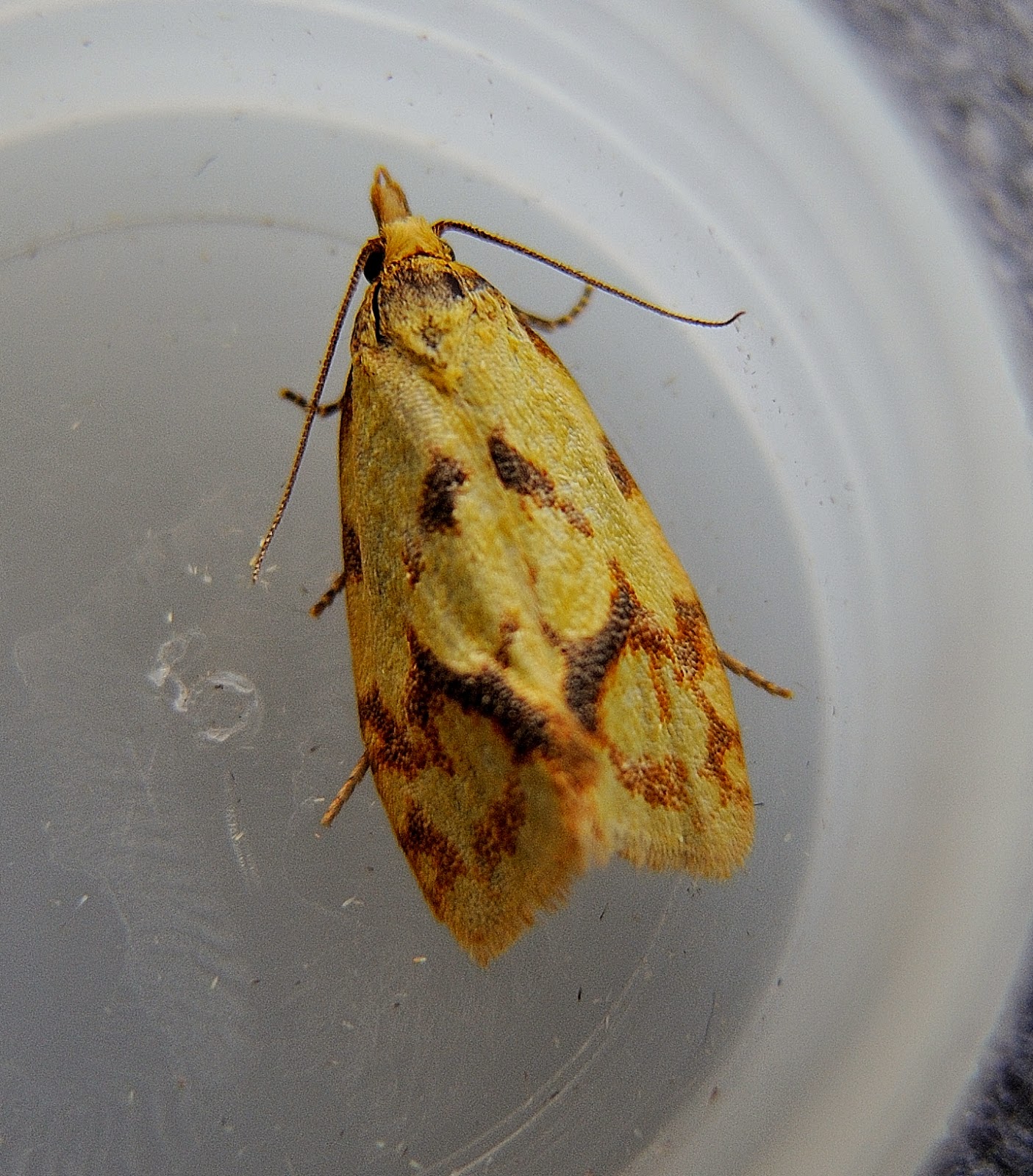