I believe that the rain arrived quite late, but it was raining when I rescued the two actinic traps at 4.30am. Fortunately the traps themselves were fairly dry.  The modest catch included two Hadena sp. which I think are Lychnis rather than Campion, but I'm happy to be corrected on that: 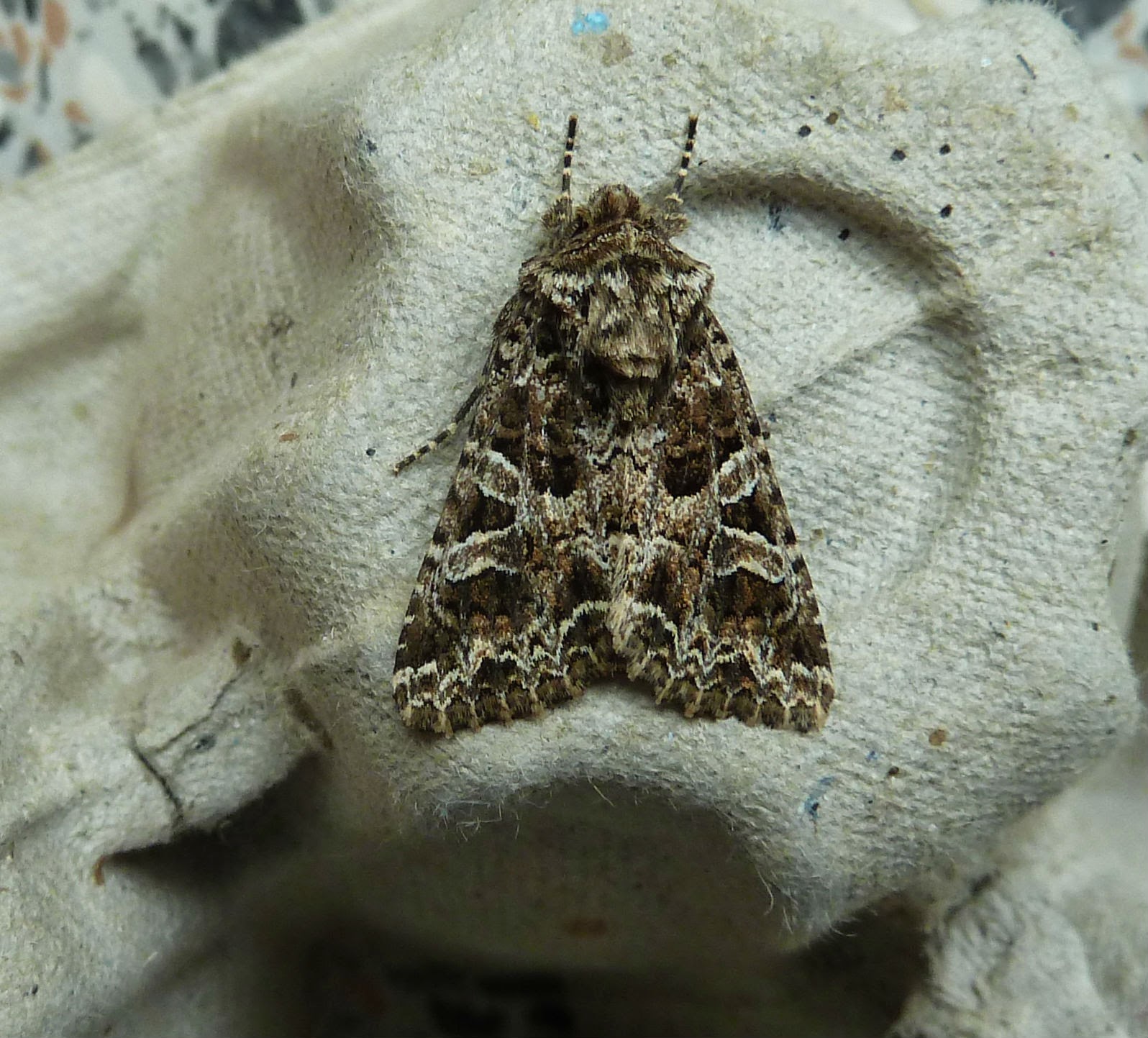 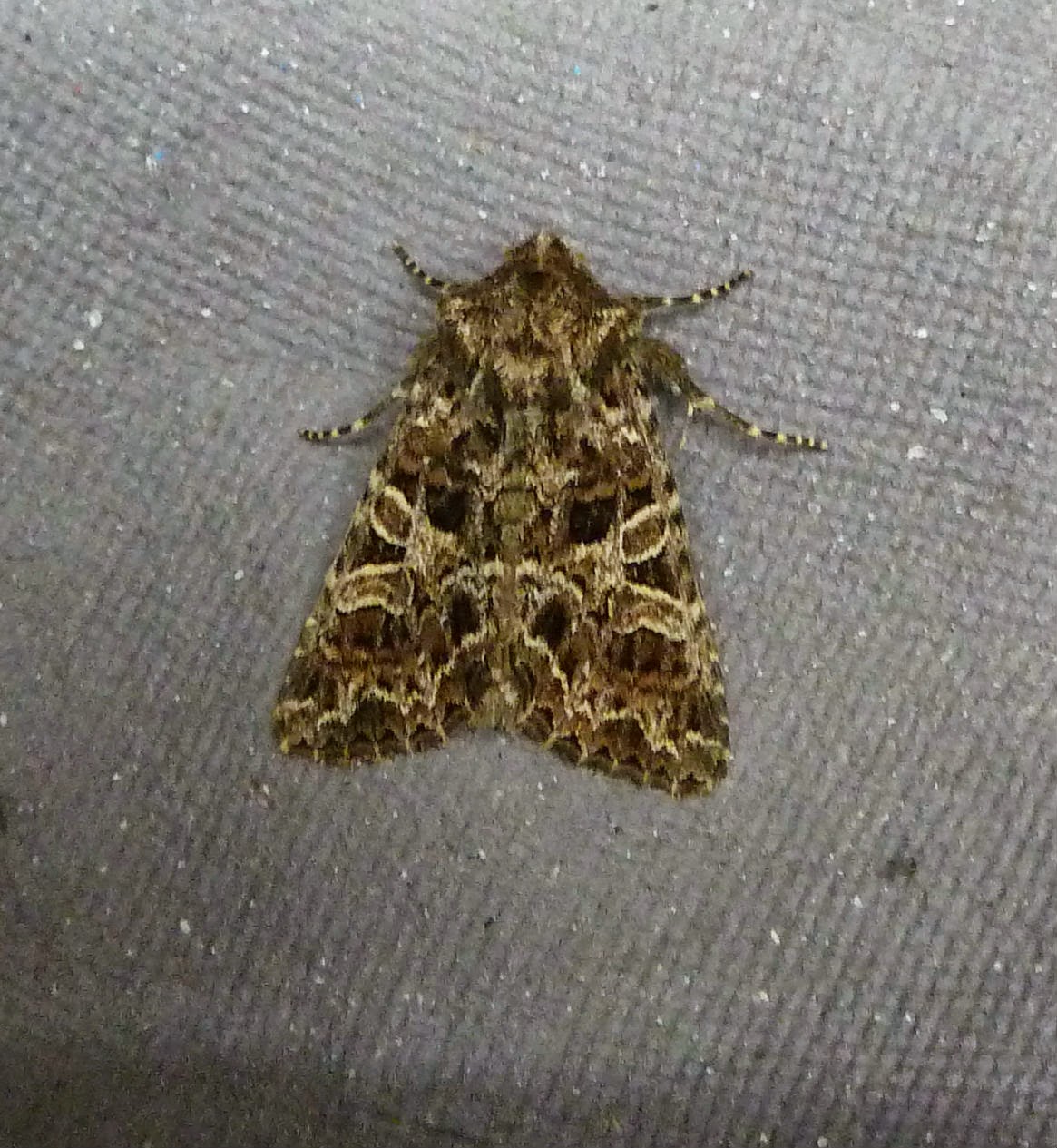 A nice example of that fascinating moth, Pale Prominent, the shape of which never ceases to amaze: 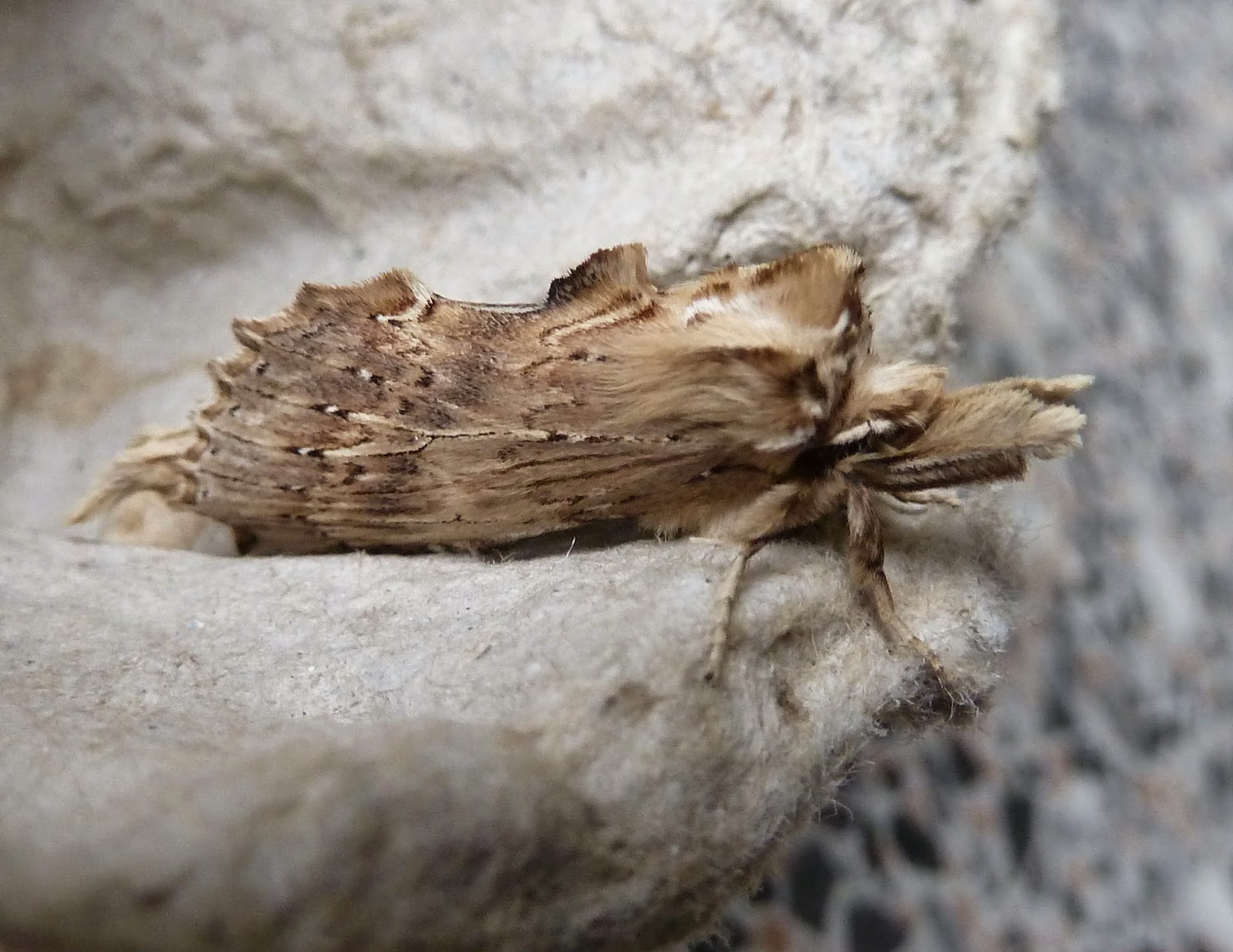 And a grey noctuid which is probably a Dusky Brocade because I can't think what else it might be, but confirmation or contrary opinion would be appreciated: 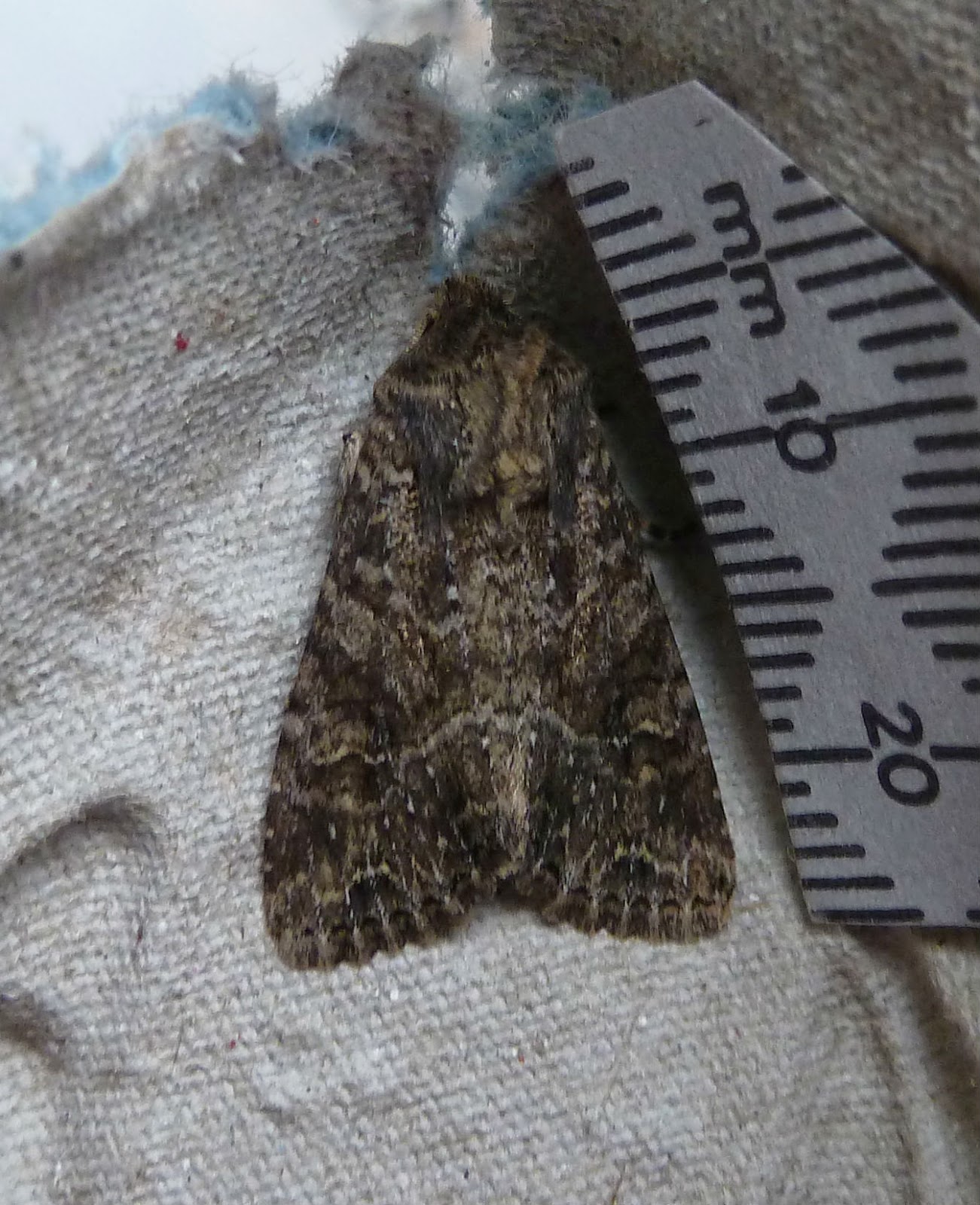