Yes, Friday night and last night were quite productive; although nothing unusual turned up there were several FFYs including Four-dotted Footman on both occasions (more spots for Sam's map!), Light Emerald, Coronet,Cinnabar, Garden Tiger, Rivulet, Small Dotted Buff, Barred Red, and what I'm fairly sure must be an Ash Pug - very similar to the one I had a week or two ago, which was never conclusively agreed: 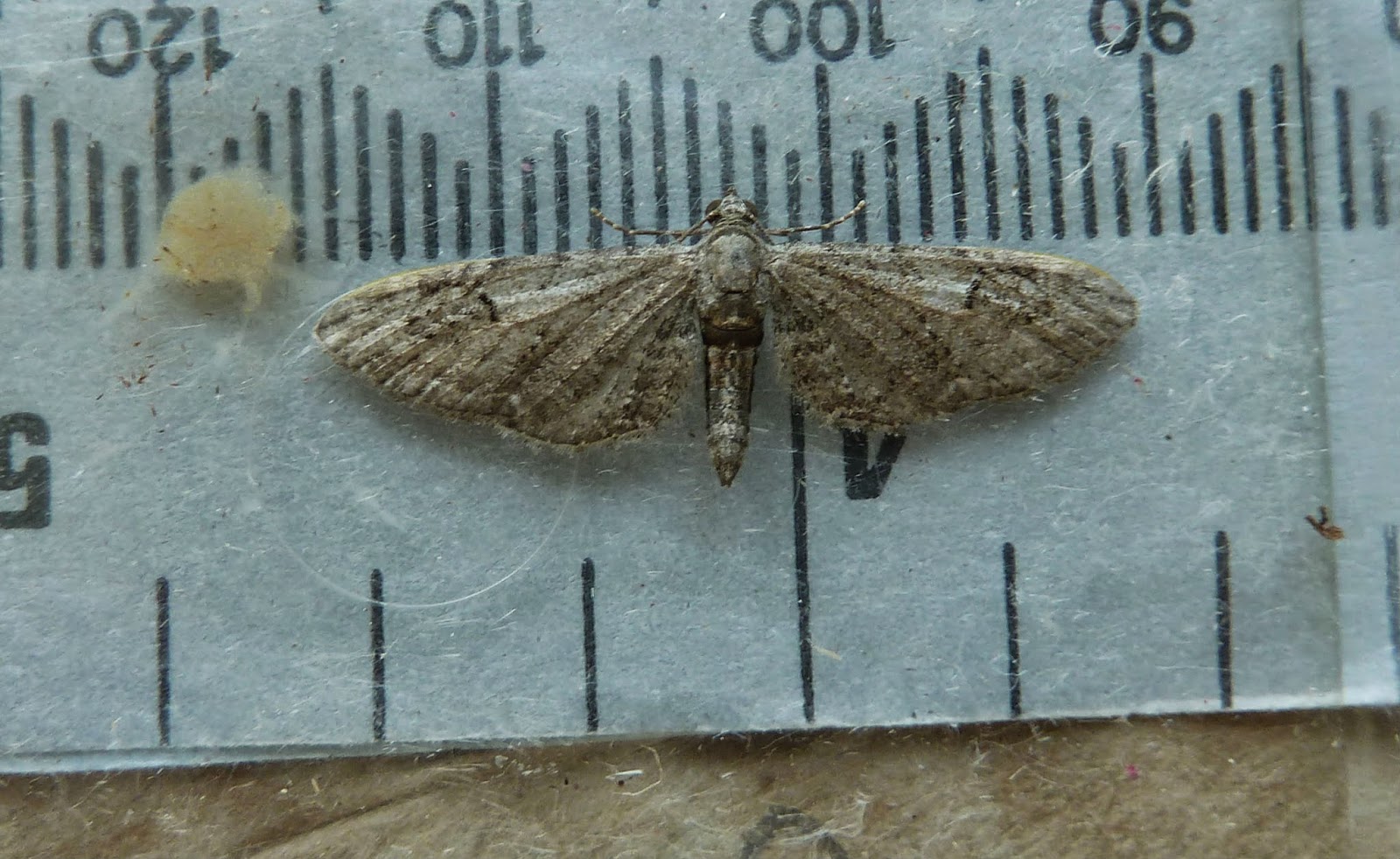 Again, several Double Darts turned up.  Are they occurring anywhere else? - Sam, would one of your excellent maps help here?  This one this morning was a particularly dark example: 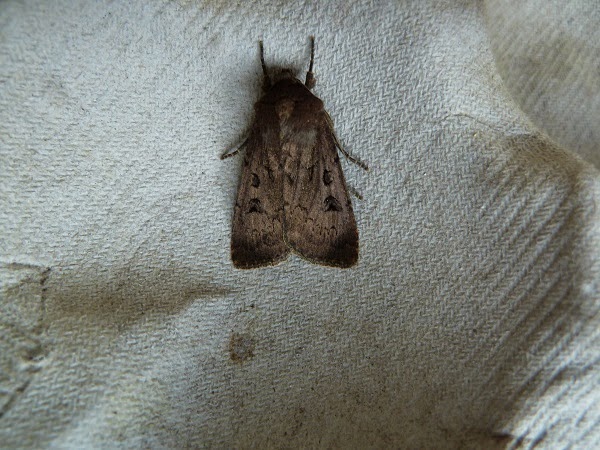 As usual, I have spent a long time puzzling over micros.  There were several Tortricids which I might post separately in due course, but if anyone could help with the two tiny critturs below I should be grateful (and surprised!): 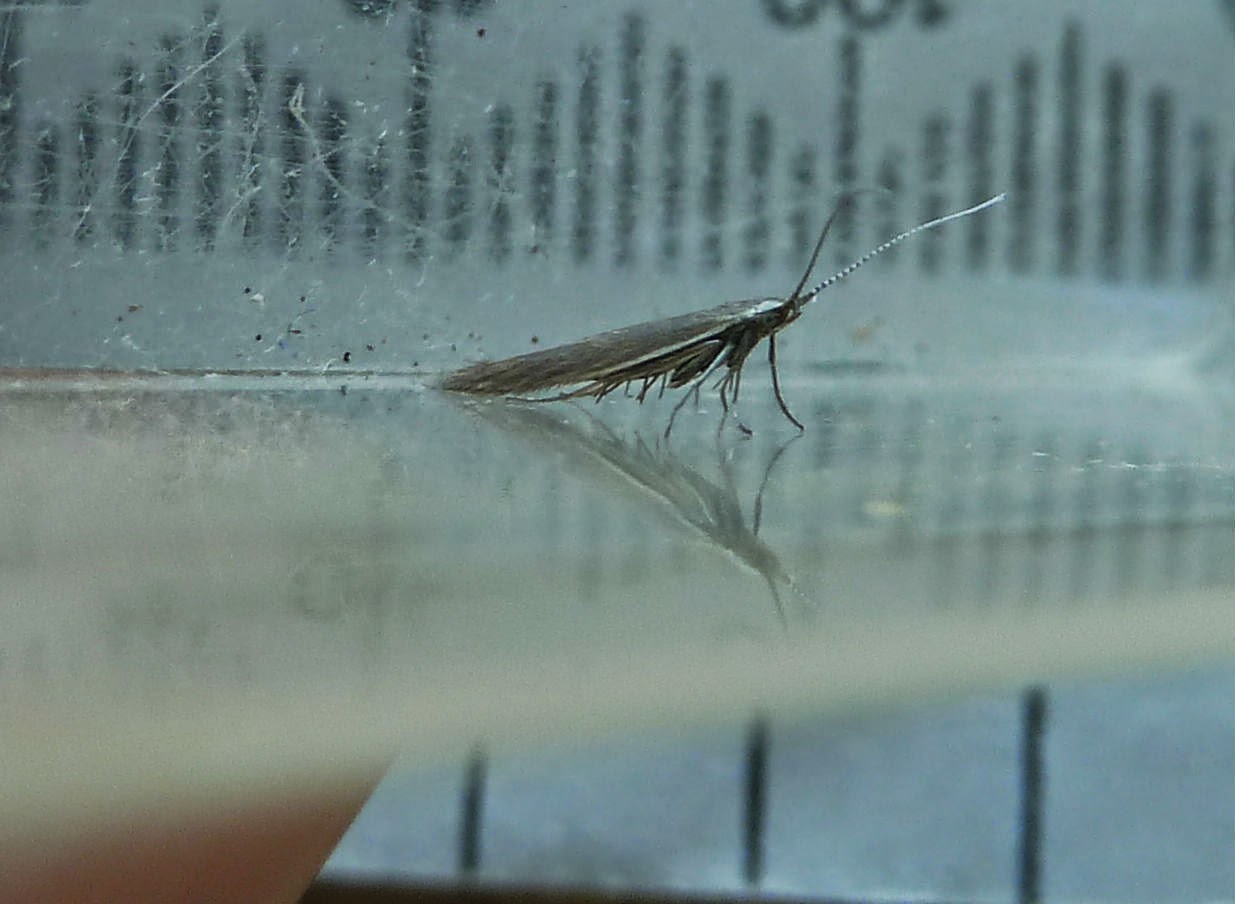 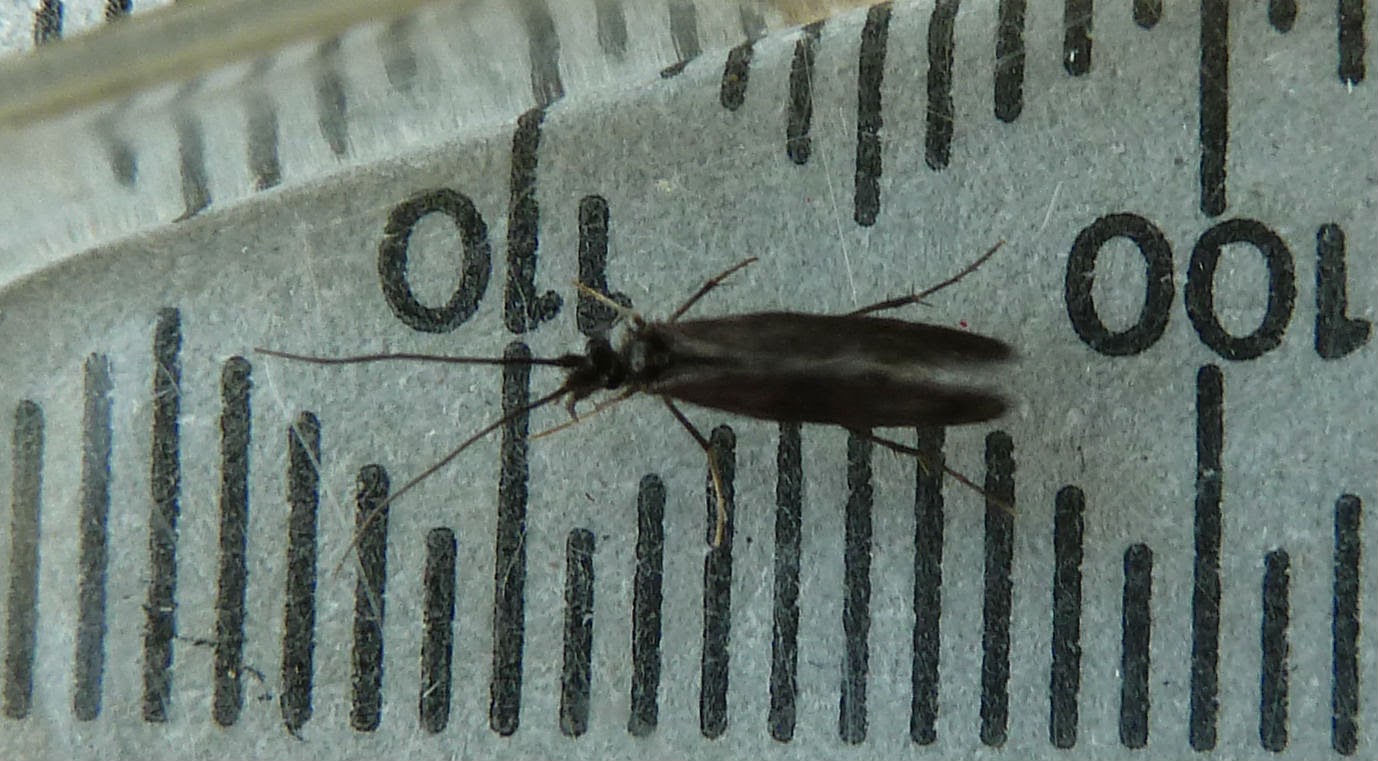 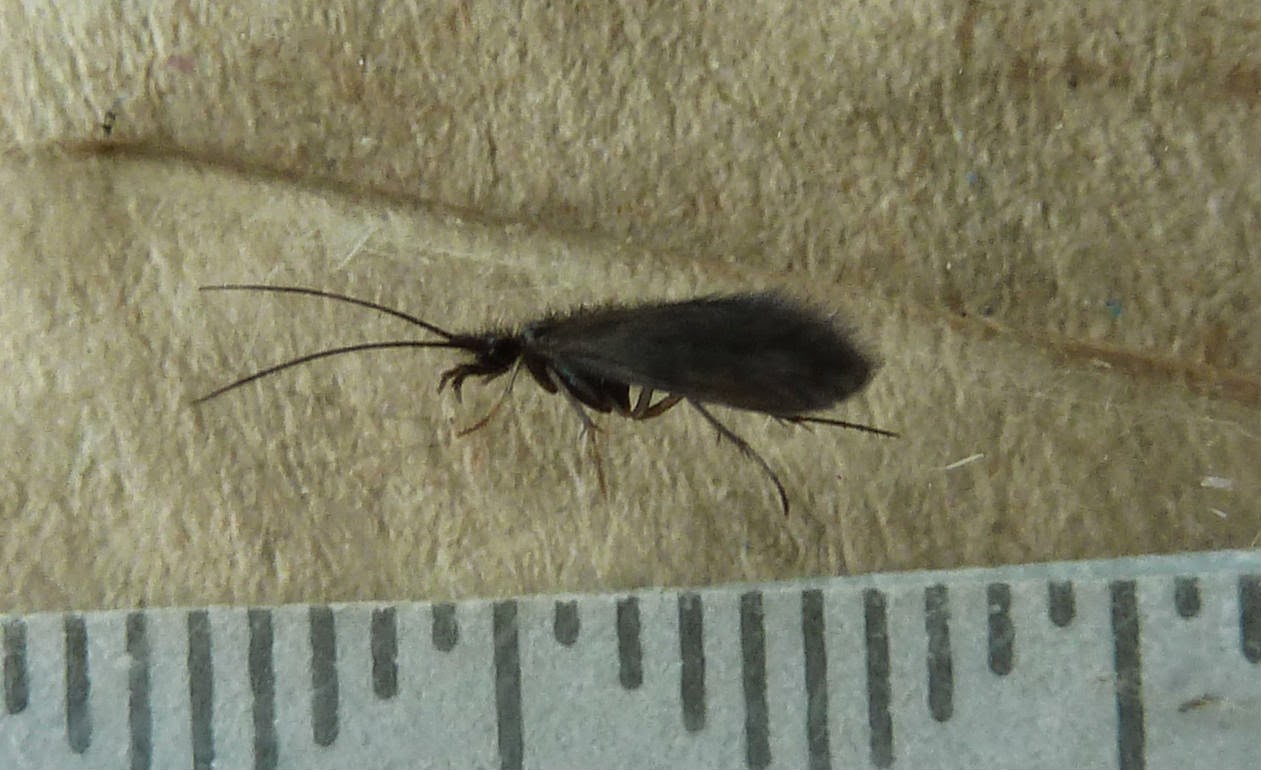 Unfortunately, it's simply not possible for me to get better images of such small moths with available facilities here!  Finally, a pretty moth that arrived a week or so ago and I've failed to put a name to: 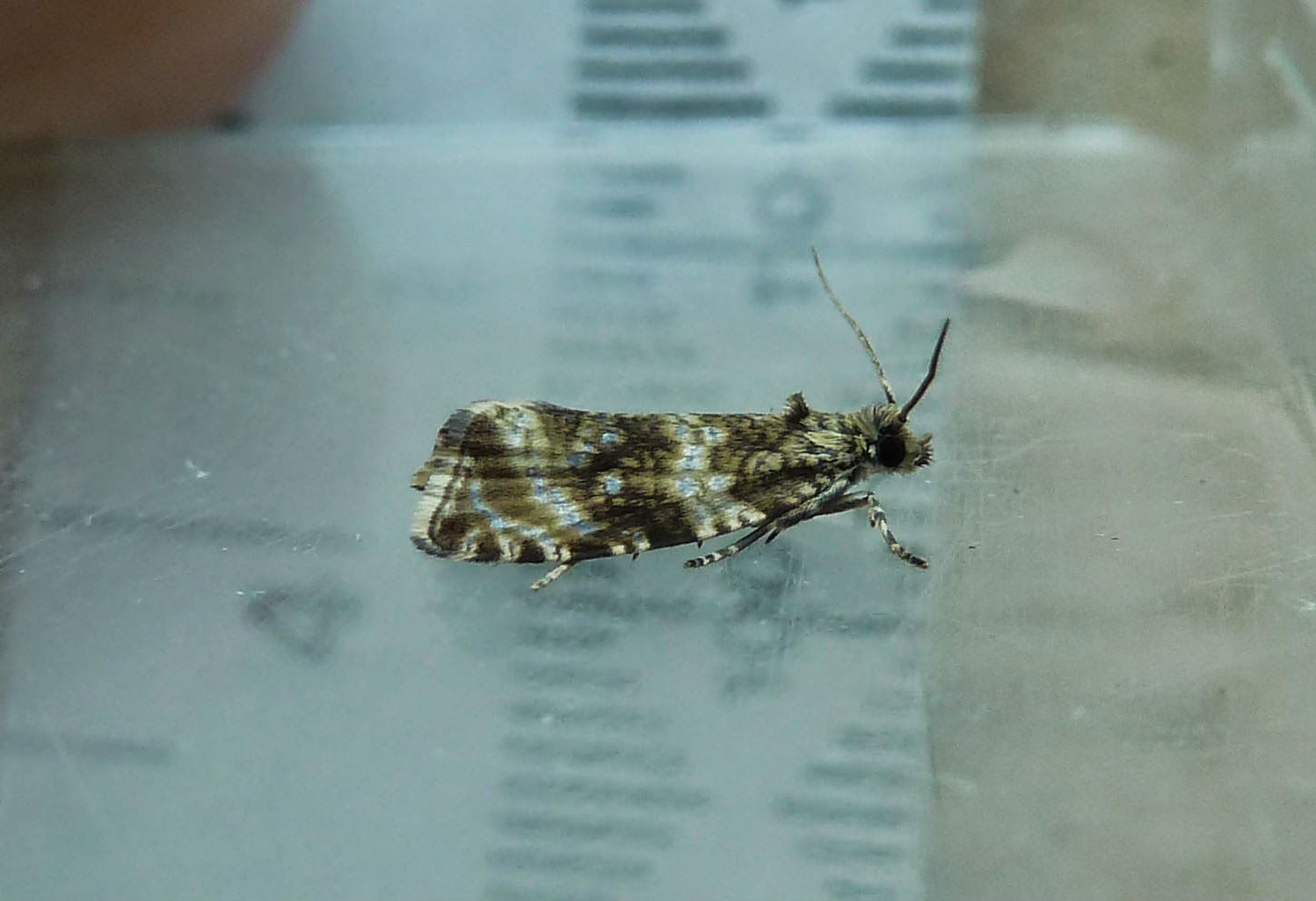 Surely someone will recognise it!  As usual, any help will be gratefully accepted.
Posted by Chris Handoll