Another weekend without trapping (hoping to do that this coming weekend) but made up for it by going for a daytime wander around Salem Common - a rather small patch of rhos pasture which is subject to annual burning. I had seen marsh fritillary caterpillars there before it was burnt so went back to see whether any had survived to adulthood. I was pleased to see a minimum of 7 adults on the wing, including this one: 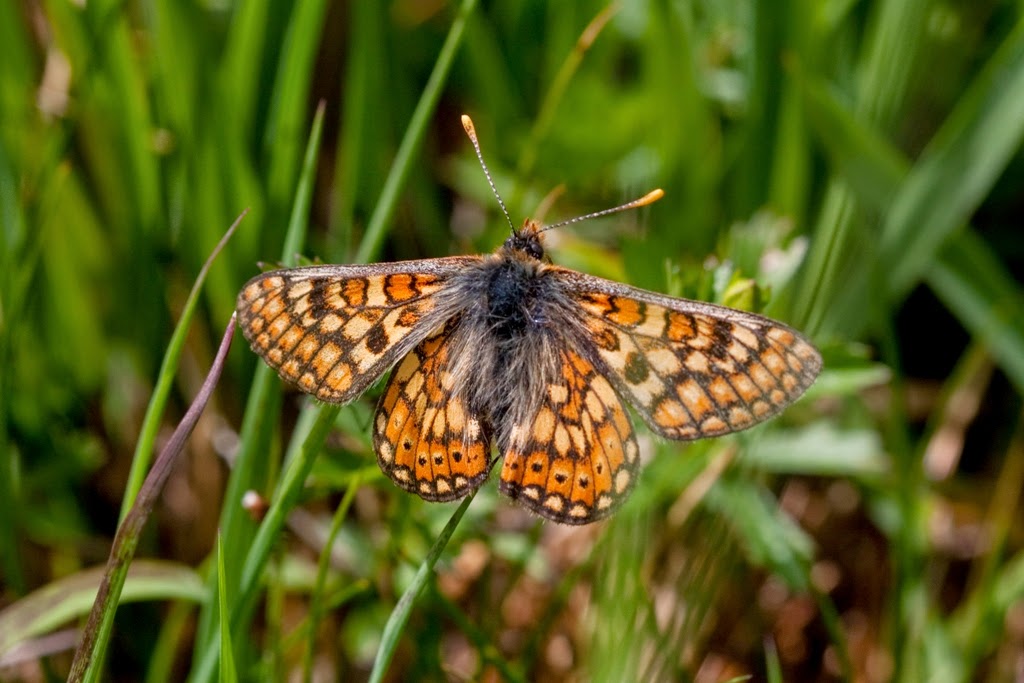 Also seen whilst I was there: large skipper, clouded border, common wave, silver-ground carpet, Cinnabar, Crambus pascuella, Micropterix aruncella and Bactra lanceolana. The undoubted highlight for me however was this forester - a first for me (which might account for the frustratingly blurry photo!) 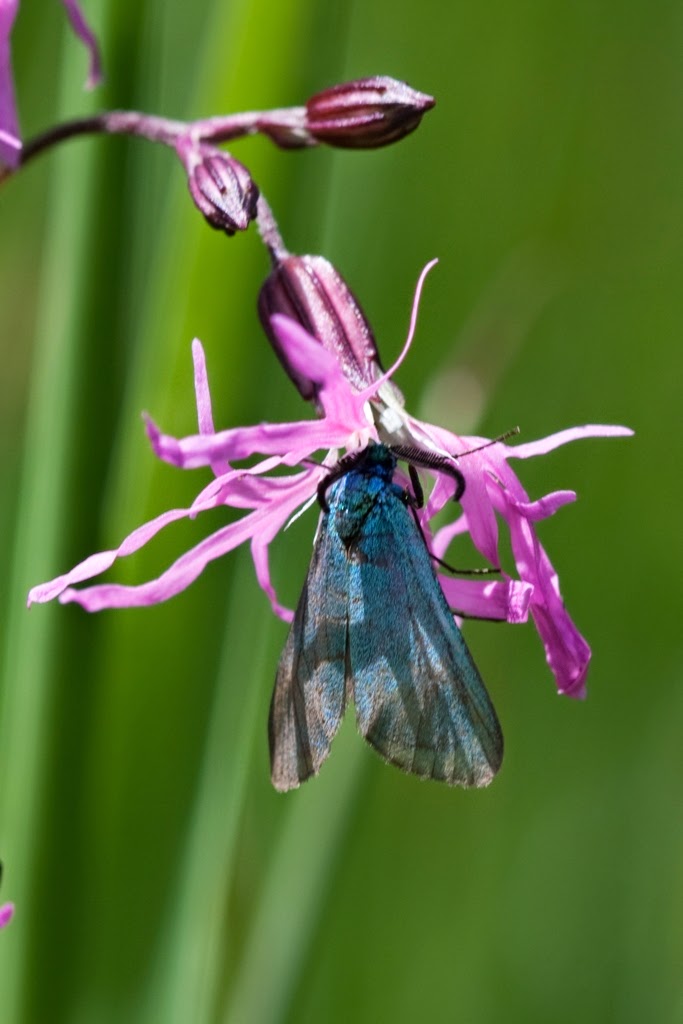