Out of county etc

I've been away for a couple of days in Monmouthshire.  I will try to post on the Monmouthshire Moth Blog as well, but some of the following photos might be of interest as all the spp. appear in Carms. 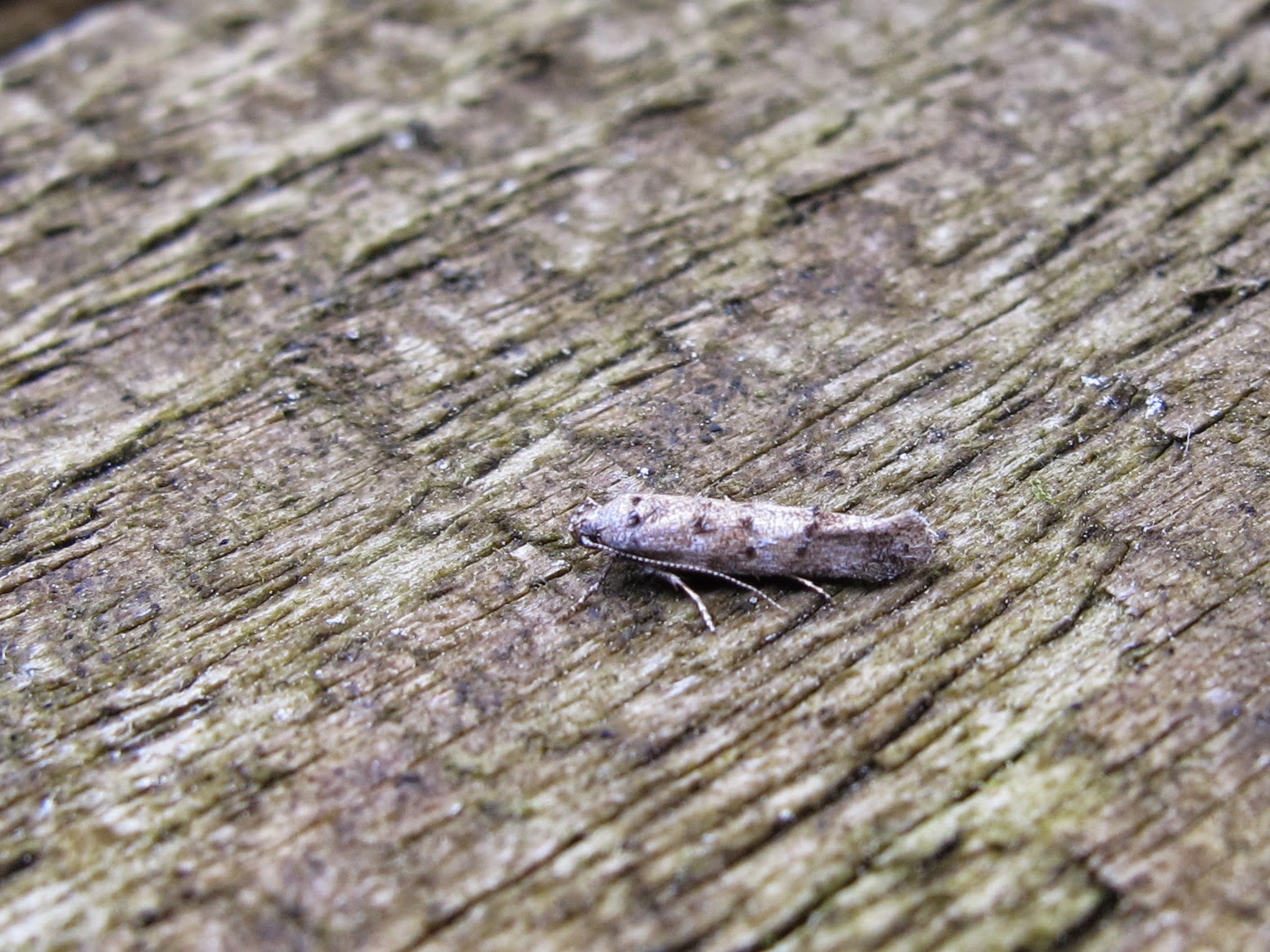 The Gelechid Exotelia dodeceella, tapped from a pine at Edwinsford.  Only the 4th Carmarthenshire record.  There are 12 little black 'scale tufts' that stick up from the wing surface. 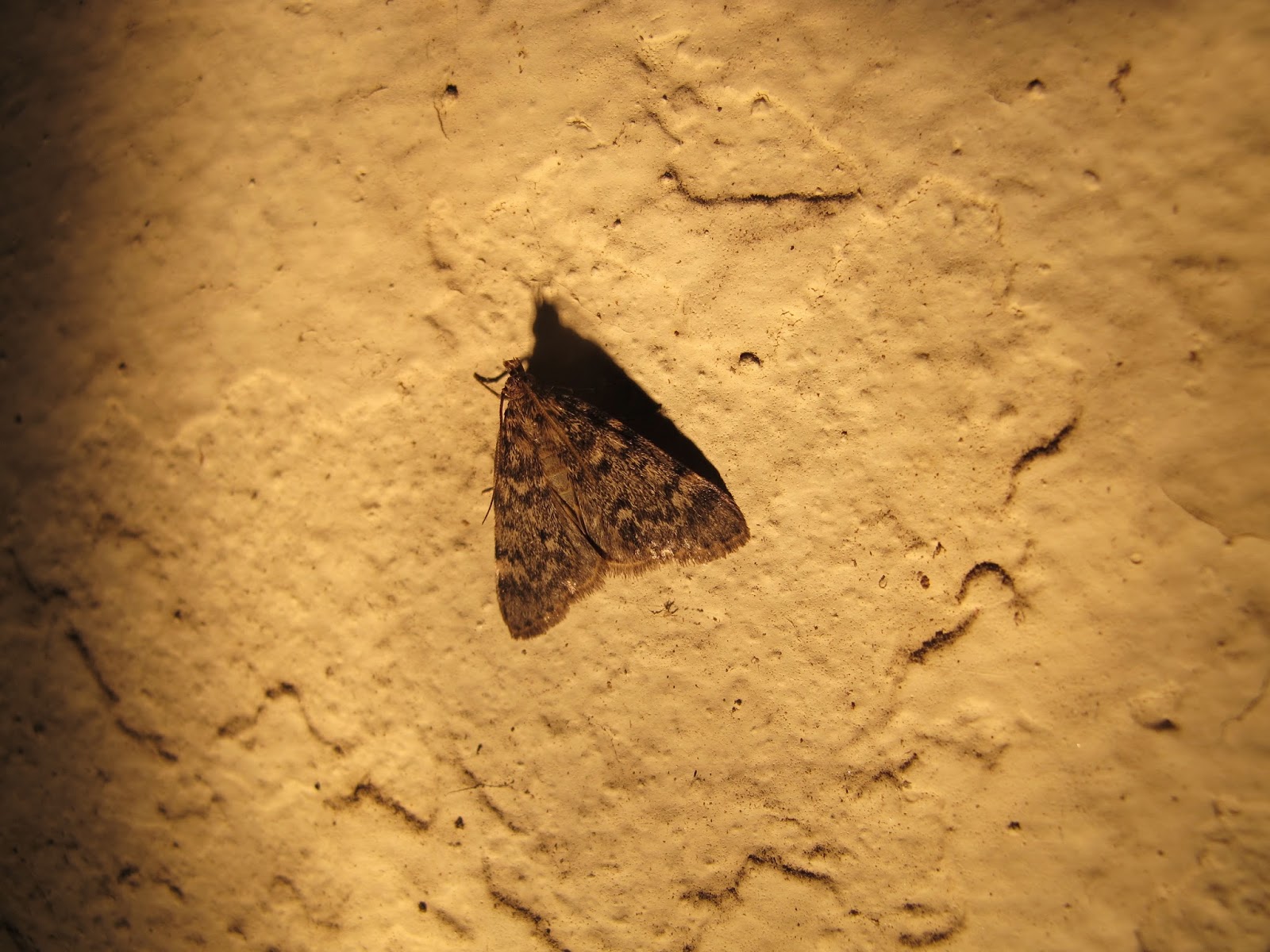 Large Tabby Aglossa pinguinalis on the wall of a barn at my parents' house in Monmouthshire.  They can be found resting on this wall on any warm night in June/July and the colony has been there for 15+ years.  One for Chris and Sally to check for at home... 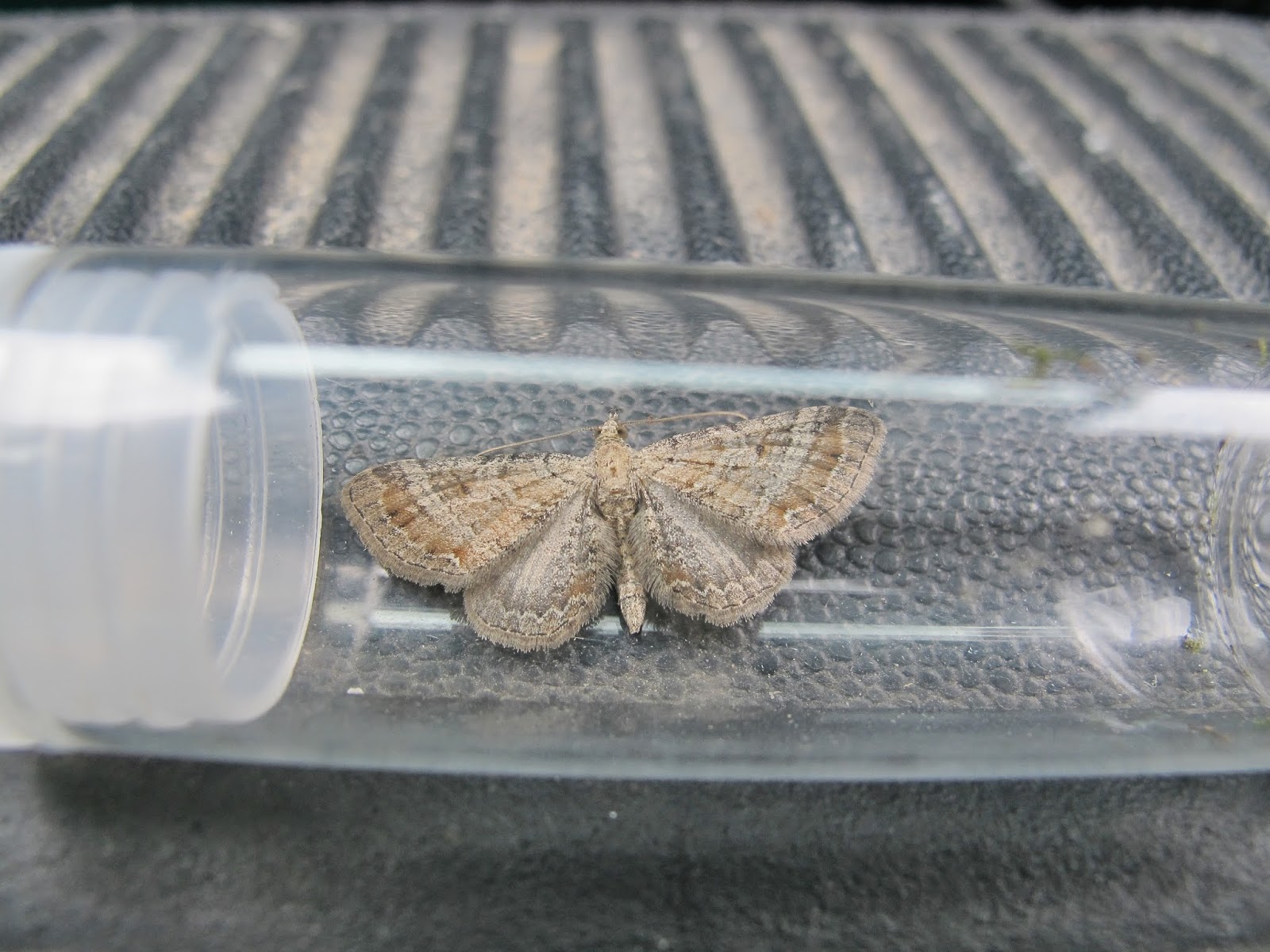 Plain Pug, found resting on a window at Dingestow and new for the site (where over 850 moth spp have been recorded over a 20 year period).  The warm coloration, orange inner part of the outer band, and straight outer edge of the median band are distinctive.  This species feeds on Goosefoots and Oraches and is mostly coastal in S Wales, so I was amazed to find it inland.  However, there's a lot of Chenopodium in the Dingestow garden, supporting various Chenopodium-feeding Micros.
Posted by sambbryo