I put an actinic trap under cover last night, it didn't rain so the cover was unneccesary and was probably responsible for the poor turn-out - eleven moths!  There's been some interest in the garden though.  Drinker Moths have already been seen in places, but here the larvae are still active, two in the garden this morning, the one portrayed was still feeding: 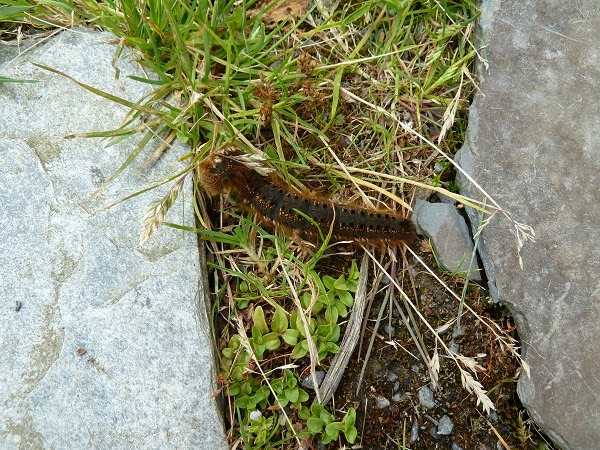 Also active in the garden were several brown Plume Moths.  I don't know whether my photo is good enough for identification though.  Is it a Brown Plume (Stenoptilia pterodactyla)?  FW length 12-13mm. 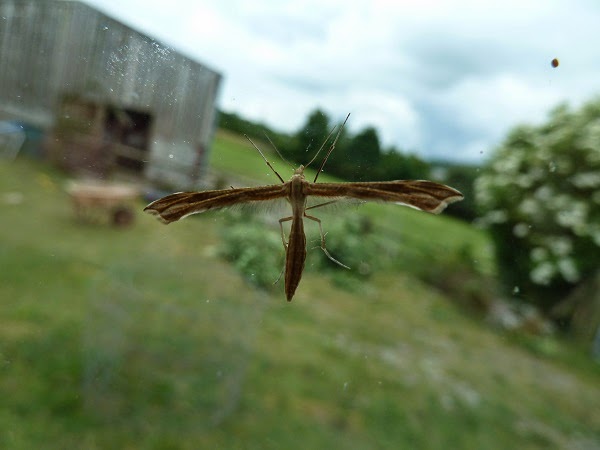 A Plume with a View