Pretty good for me last night, too, and for the birds that cleared up after I had finished at about 6am (I had rescued as many moths as I reasonably could by then, having started at 4.30).  Current tally is 203 recorded individuals of 53 species, but if I can identify a few more micros this could increase - subject of a later blog perhaps.  A number of FFYs including Ghost Moth, Peach Blossom, Brussels Lace, Gold Spot, Blood-vein and Double Line.  It was very nice to have three of these: 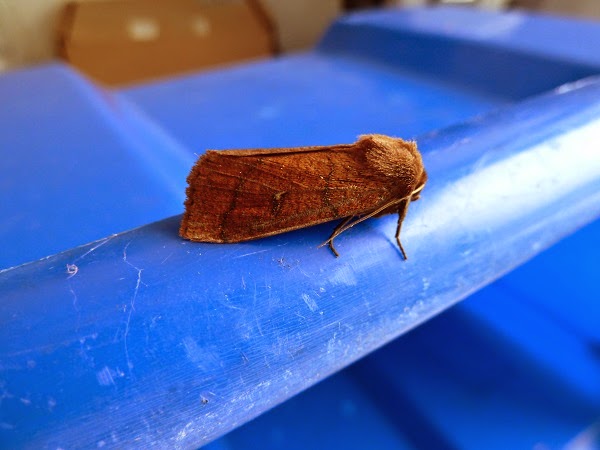 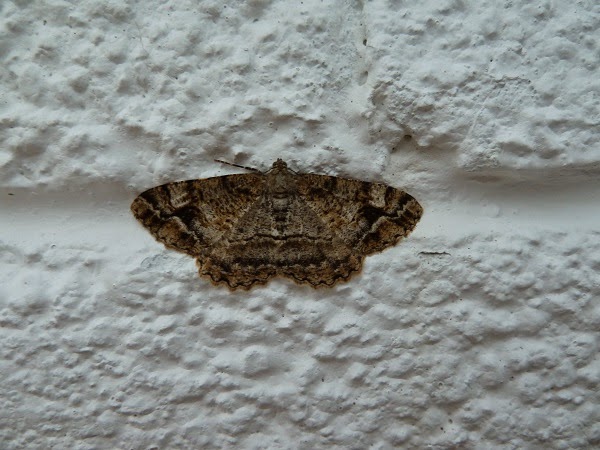 As usual, there were Pugs of uncertain identity, but I feel that this one might be recognisable: 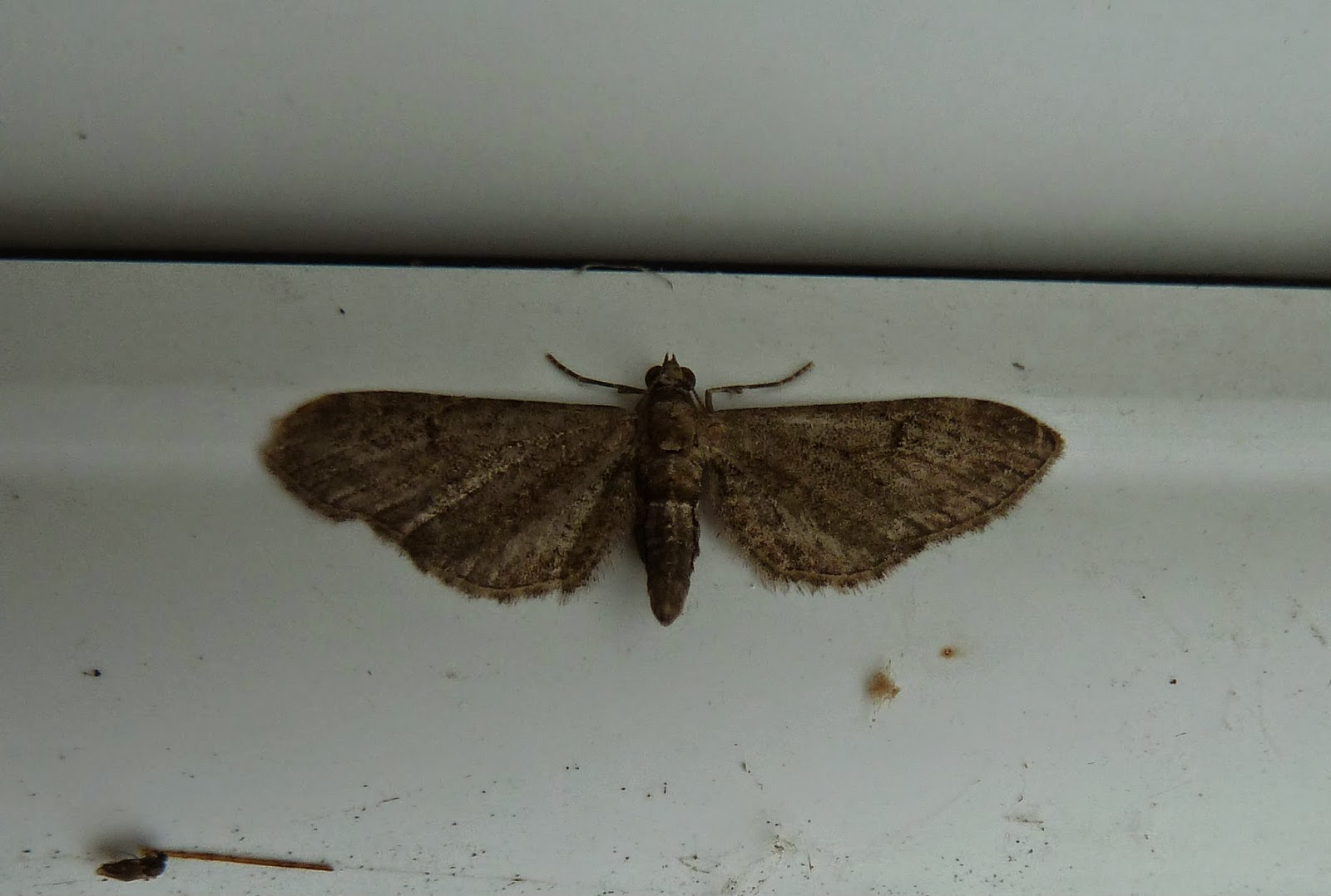 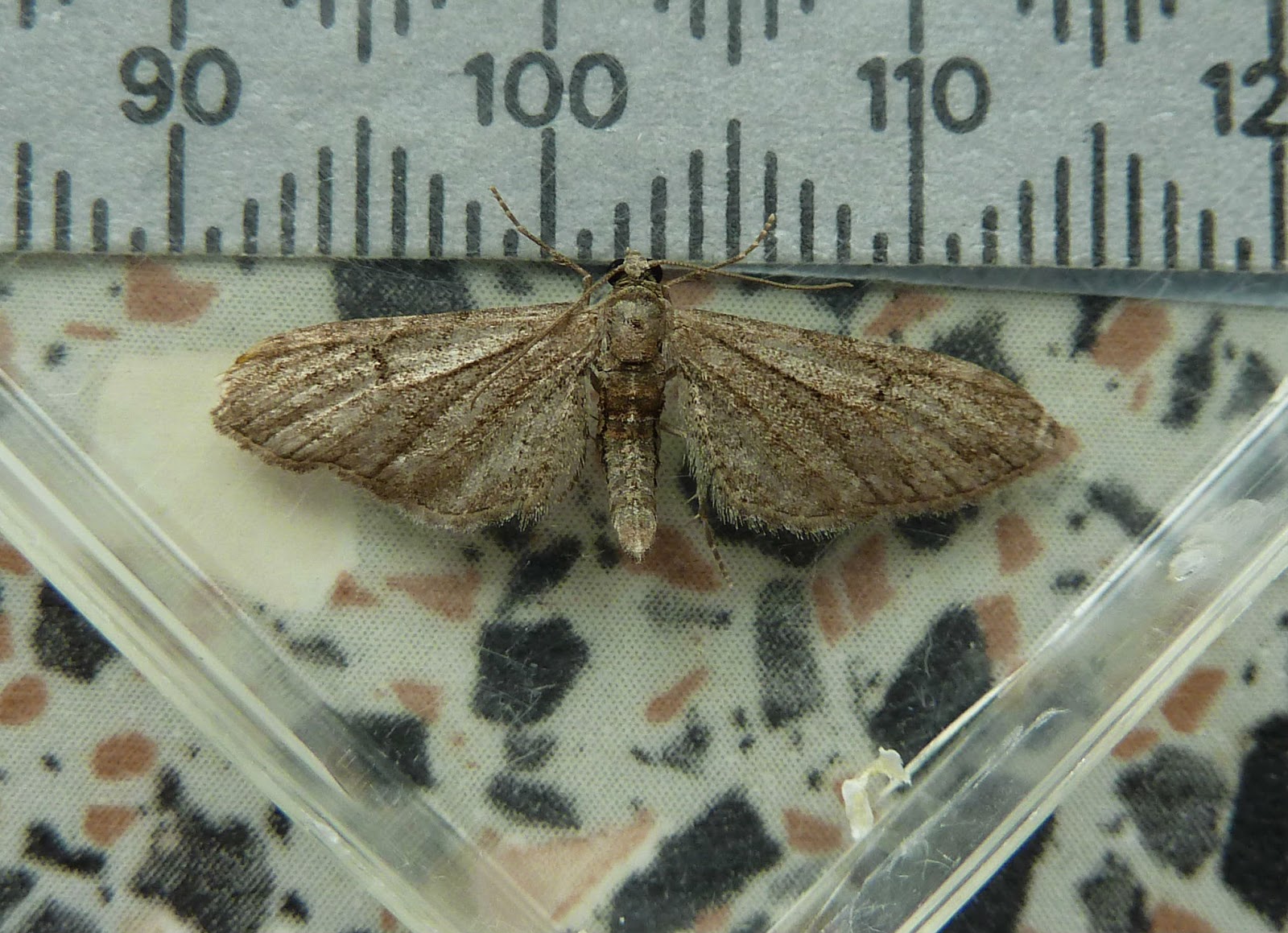 Quite large and with narrow, pointed wings (at least, the one that isn't damaged).  Could it be an Ash/Angle-barred Pug? - it seems to have a sharply-angled line curving around the tornal spot, visible in the second photo.
Finally a Crambid which looks to me like Eudonia delunella, which I think I've had before: 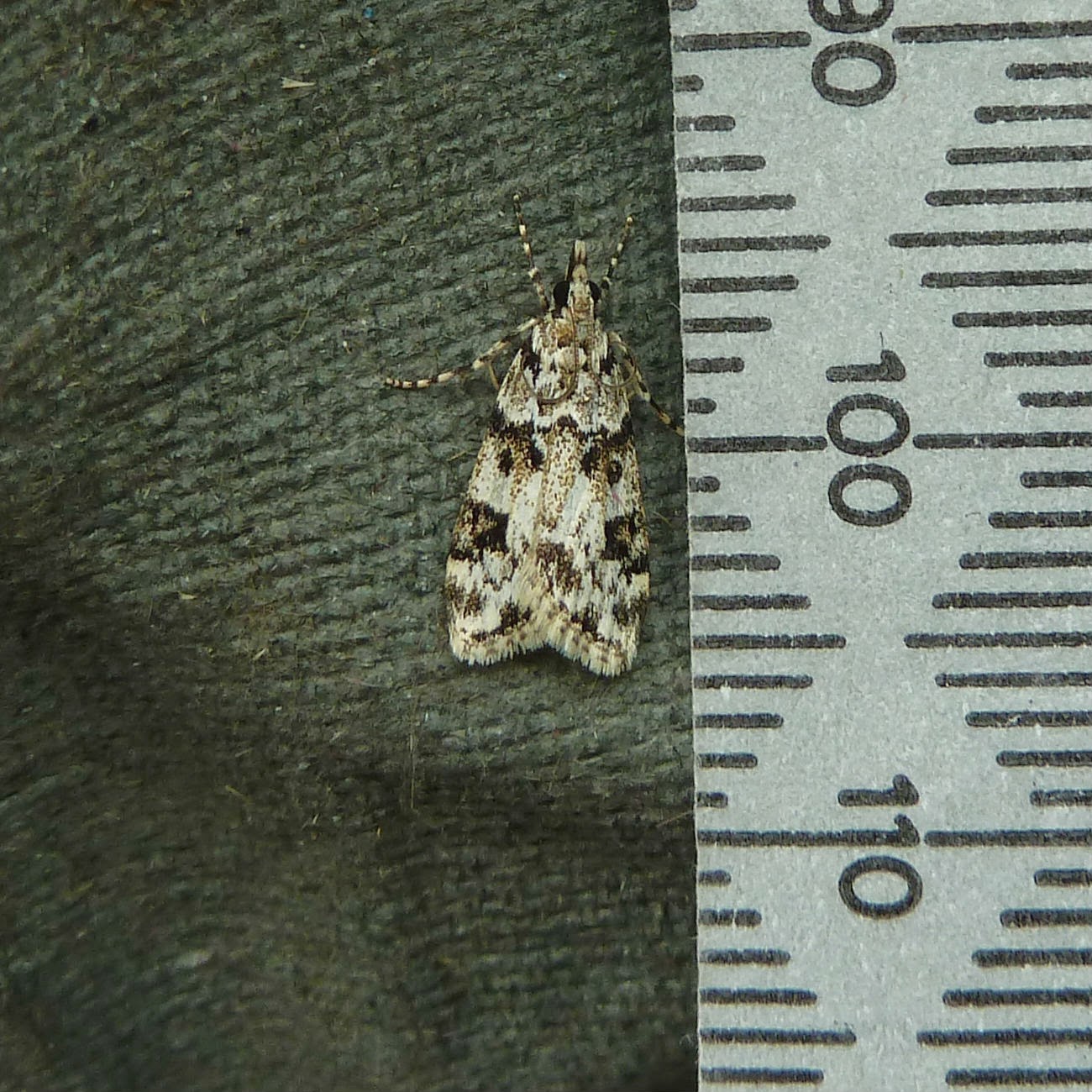