Yes, it's that time of year again.  I seem to remember last year spending almost as much time trying to distinguish between this pair of species as I did identifying micros, in spite of the excellent literature we were provided with.  Last night the small actinic trap yielded only three moths (you were right, Ian, the cold, clear conditions were seemingly unfavourable for trapping): Common White Wave, Double Square Spot, and - yes, one of the aforementioned pair. 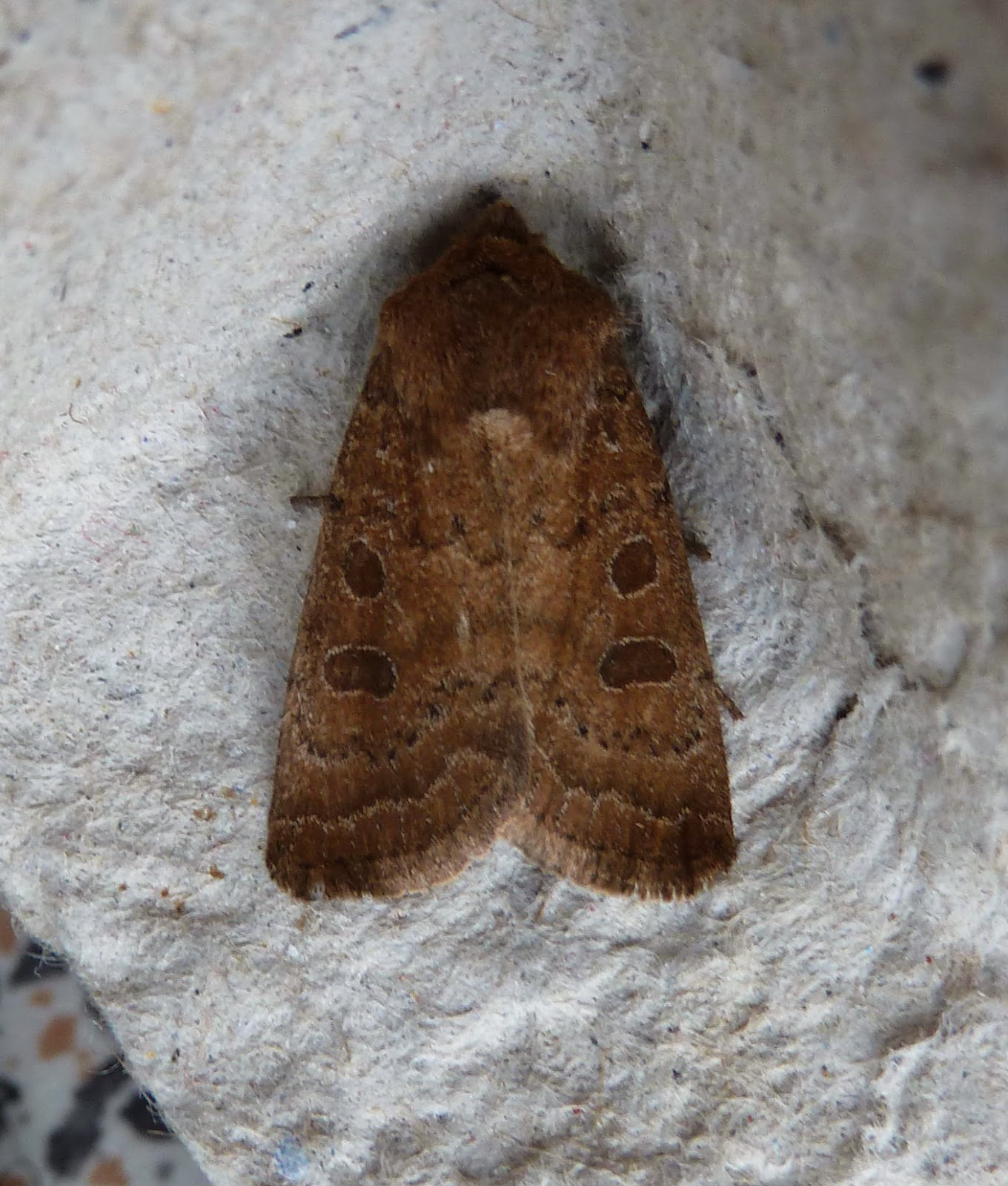 After due deliberation and consulting the literature, I have decided that it must be an Uncertain in view of the reasonably well-defined cross-lines and stigmas, the latter being distinctly darker than the ground colour.  If I am wrong I shall retreat into my shell for the rest of the summer, and henceforth all of these moths will be marked down as 'Uncertain Rustics'.
P.S.  I have just discovered Mullein Moth larvae on my Buddleia and, like Sally, I've not caught the moth itself here.  I wouldn't be too bothered about the find, except that they're on the newest, smallest patio buddleia rather than the substantial bushes that grow nearby, so I've had to relocate them.
Posted by Chris Handoll