I went today (12/6), with Nigel Stringer, to look at some of Carmarthenshire`s cliff areas west of Pendine, in particular Ragwen and Telpyn Points. In moth terms, my target was the thrift clearwing, a day-flying moth associated with thrift Armeria maritima, and a species I`ve known from this area since finding it here (then new to the county) in June 1988. We found the moth at both headlands. 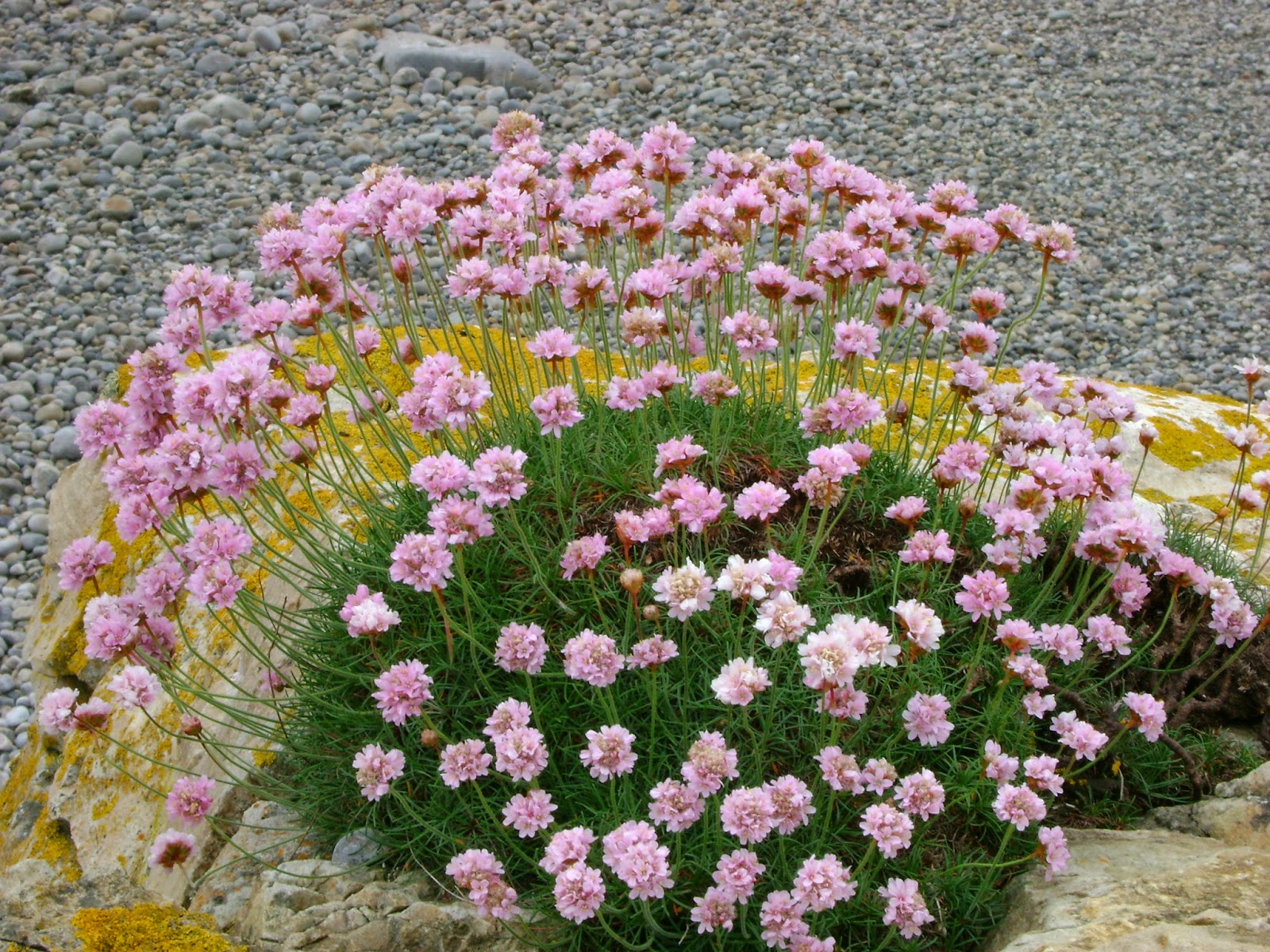 Above: thrift in full flower - most were `going over` today, in this early season. This photo was taken some four years ago, on the western side of Ragwen Point.

Above: thrift clearwing habitat on the E side of Ragwen Point SN223073 -slumping cliffs with floral diversity.

Above: the thrift clearwing itself - 3+ were seen at this site. Click on photo to enlarge.

I took the photo of the thrift clearwing as a `record shot` in the glass tube, as it was so restless and, after taking a few photos, I deftly released it on top of a thrift flower. Here it behaved perfectly and posed nicely, but as I was about to take a photo, another clearwing came along and chased it off, and both rapidly flew away!

We then went westwards to Telpyn Point, near the westernmost part of Carmarthenshire. The current administrative Pembs/Carms boundary lies along the stream below Telpyn farm (now a hotel/restaurant) but the Watsonian vice-county of Carmarthenshire extends westwards to near the E end of the pebble beach at Amroth (ie near the pub), so bear this in mind when undertaking biological recording. The Watsonian vice-county system provides stability when local politicians interfere with county boundaries, as has happened here.

Above: view westwards from Telpyn Point SN186072- most of the cliffs beyond are within the vice-county of Carmarthenshire.

The photo above shows the flaggy sandstone cliffs of Telpyn Point. The thrift plants are not evident in this photo, being smaller of stature and having finished flowering. Only a single thrift clearwing was seen here. Much of Telpyn Point has been eroded away, presumably in the recent winter`s storms.

The view just east of Telpyn Point, with Marros Sands in the middle distance and Mynydd Penbre in far distance. I believe that I saw another thrift clearwing here, but the cliff-edge drop made it too dangerous to follow!
As well as today`s record of thrift clearwings at Ragwen Point, I`ve also had them in the past on the Marros beach side of that headland, as well as the cliffs at Wharley Point, Llansteffan.
The year`s first dark green fritillary, an expectedly fresh individual, was seen on the path (SN183074) going down to Telpyn Point; another was seen later on Marros Mountain SN209094.