Friday night was reasonably productive (nothing to compare with Sam's though), last night less so, but it's a good time of year for trapping because seasonal moths are appearing all of the time.  On Friday it was the turn of Peppered Moth, Muslin Moth, Iron Prominent and  Pale-shouldered Brocade, last night Scalloped Hazel, Common Pug, and Tawny Pinion.  I shall probably make a habit of posting photos of the pugs I catch in the hope that someone will put me right if I get them wrong. 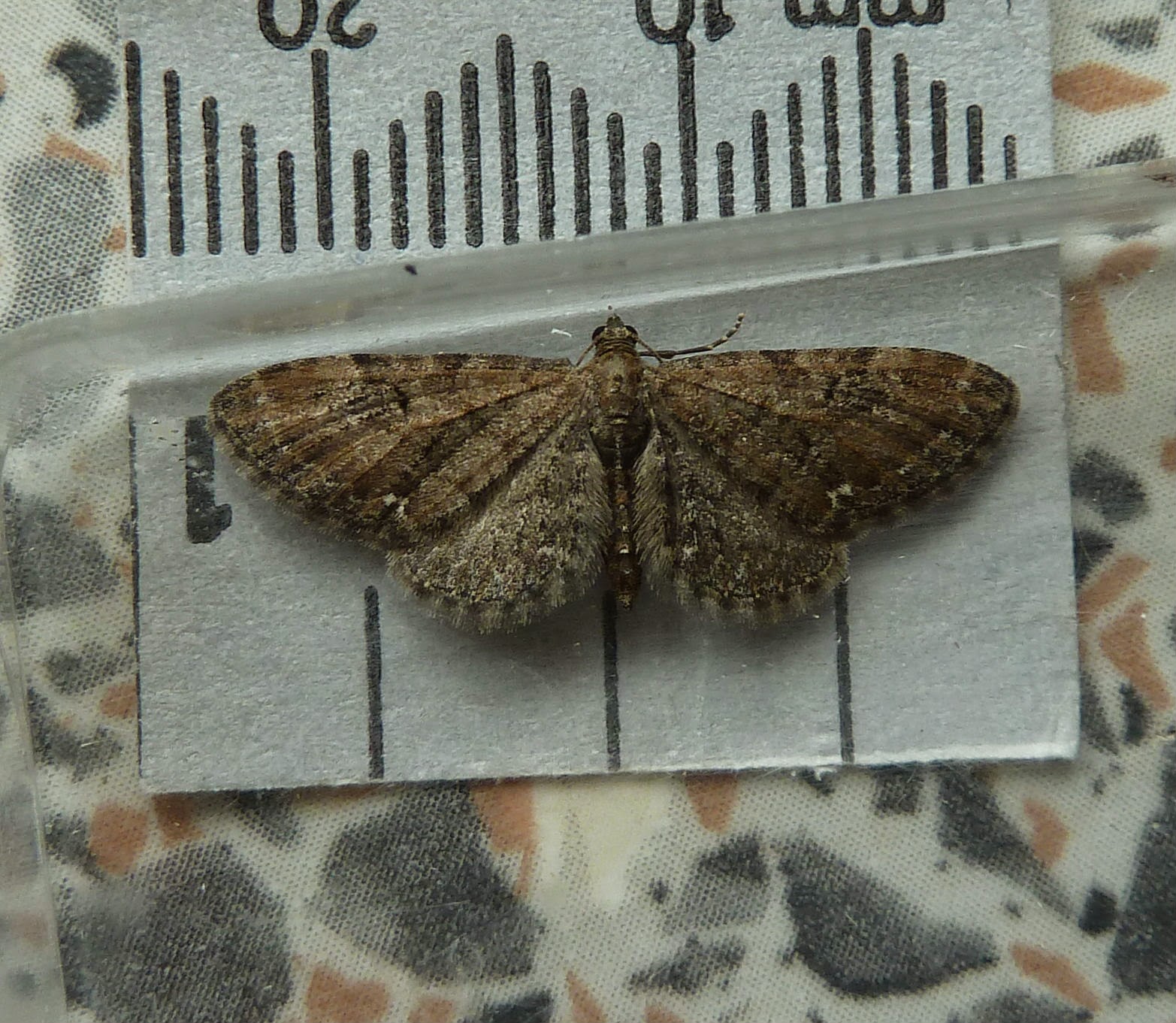 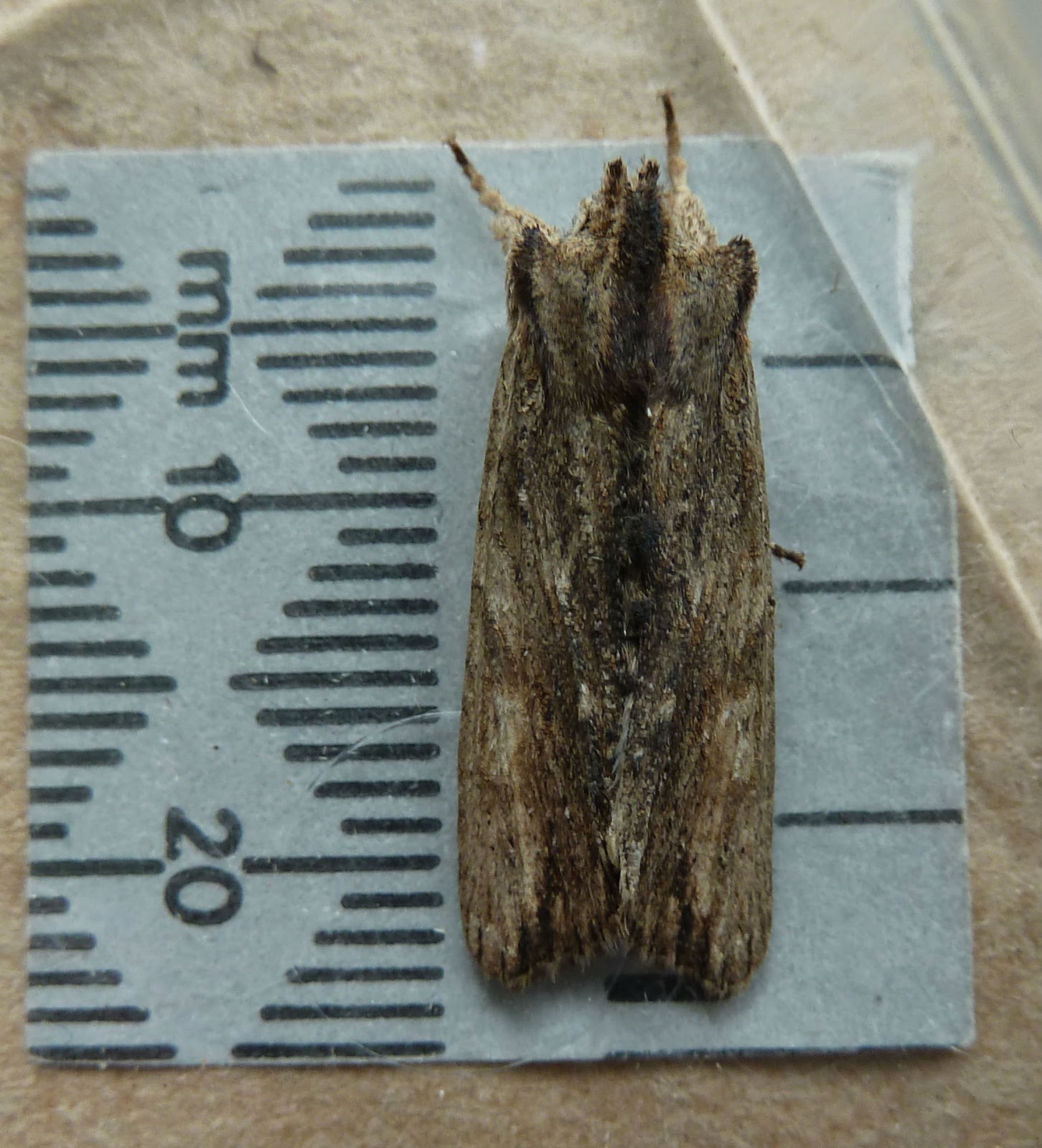 In response to Sam's request I'm posting a couple of side views of yesterday's Pinion moth.  Also included are three photos of the Tawny Pinion caught here on 3 May 2011 - these are the photos which I referred to Jon at the time.  Another TP was recorded on 5 October last year and a photo was posted in a blog on that date.  I trust all of this will be helpful! 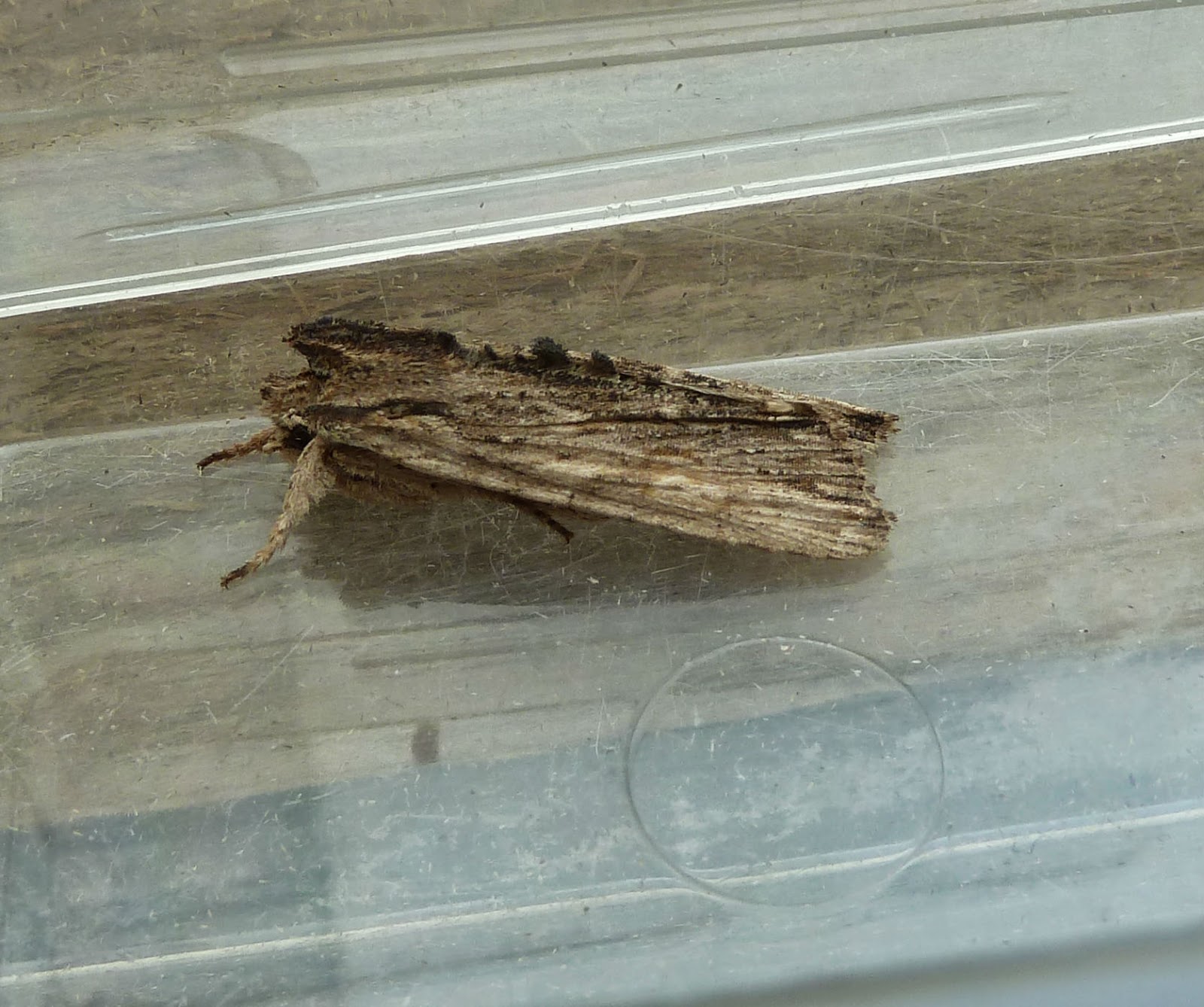 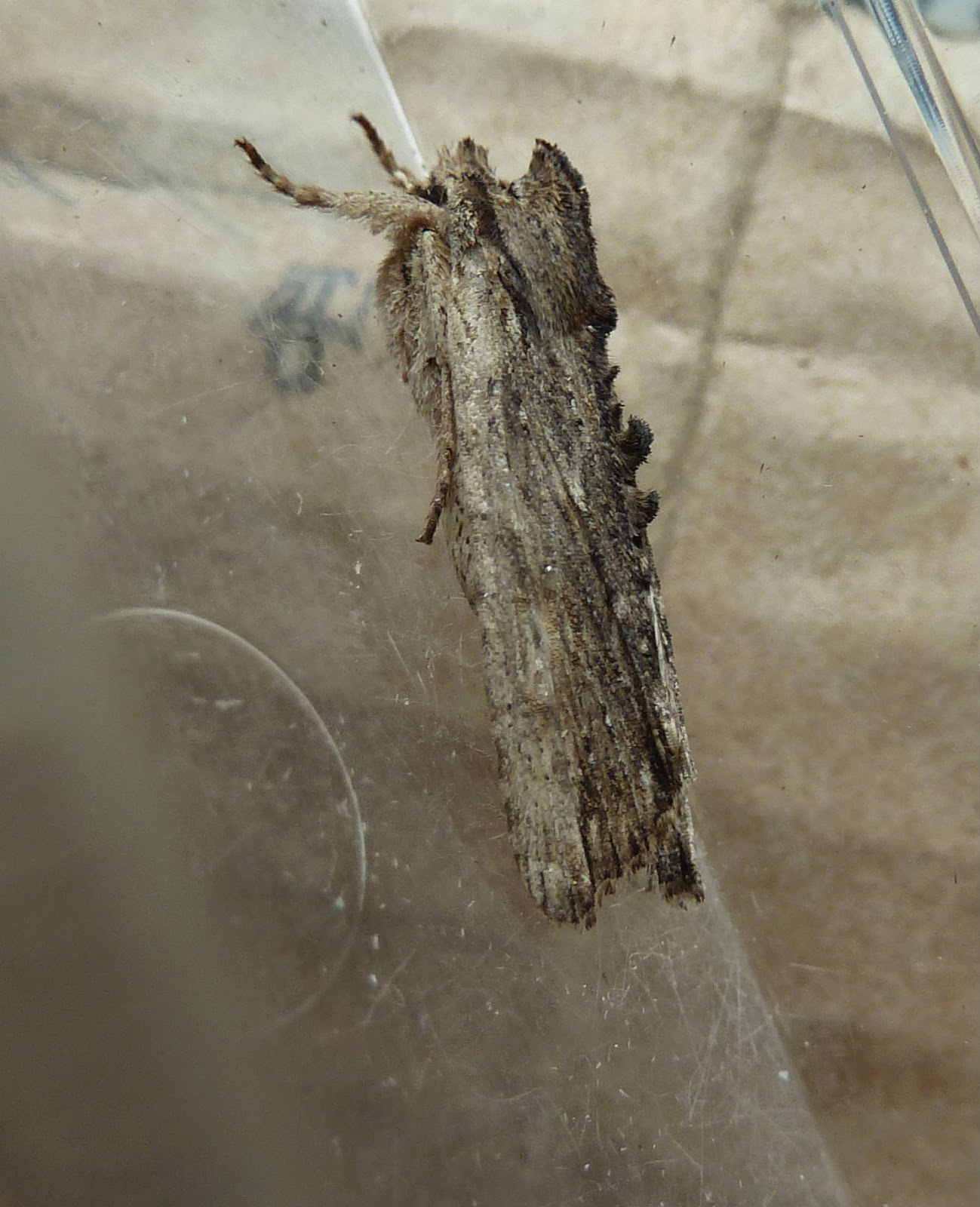 Above: two more photos of yesterday's moth
Below: three photos of the moth from May 2011 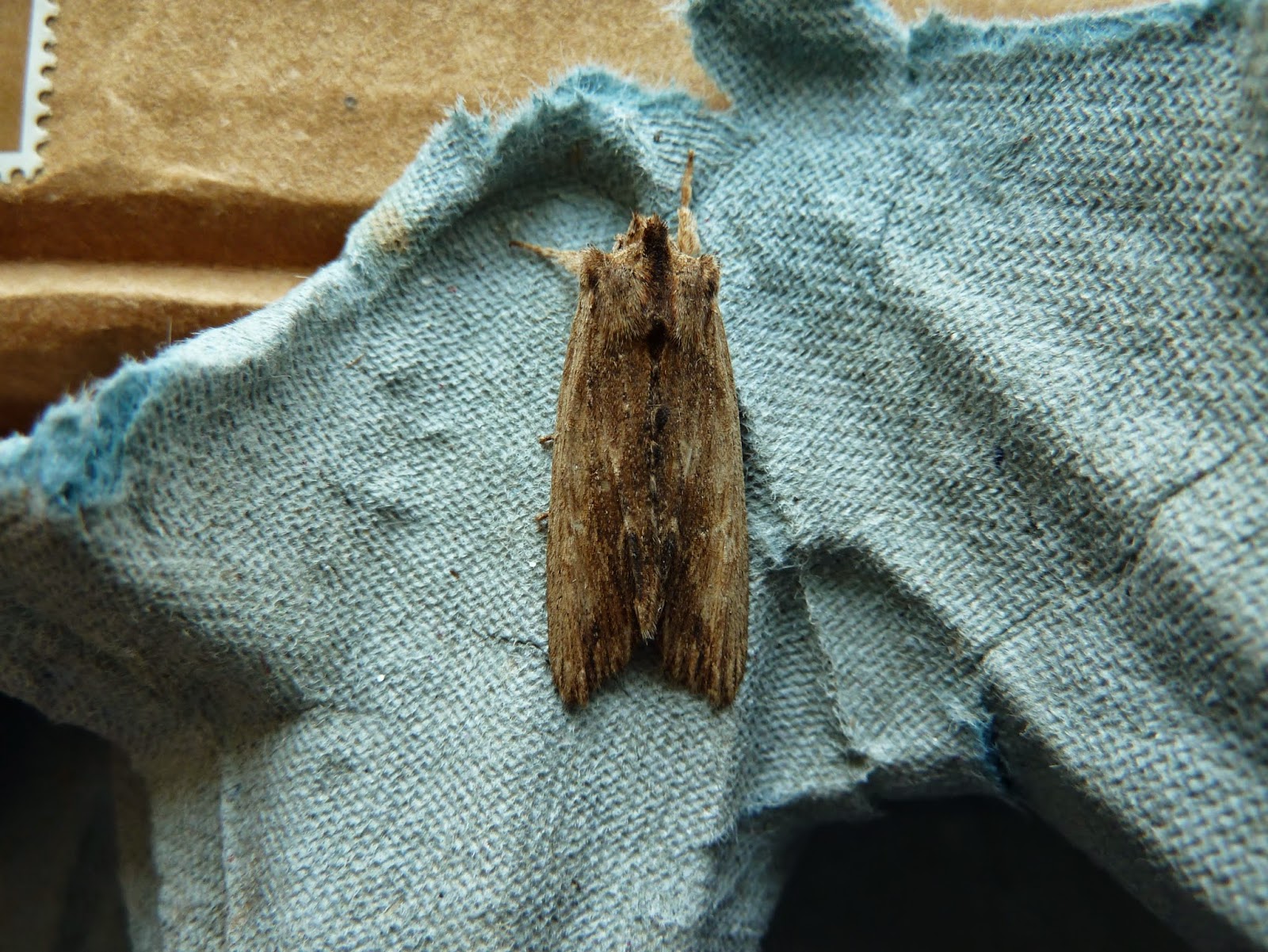 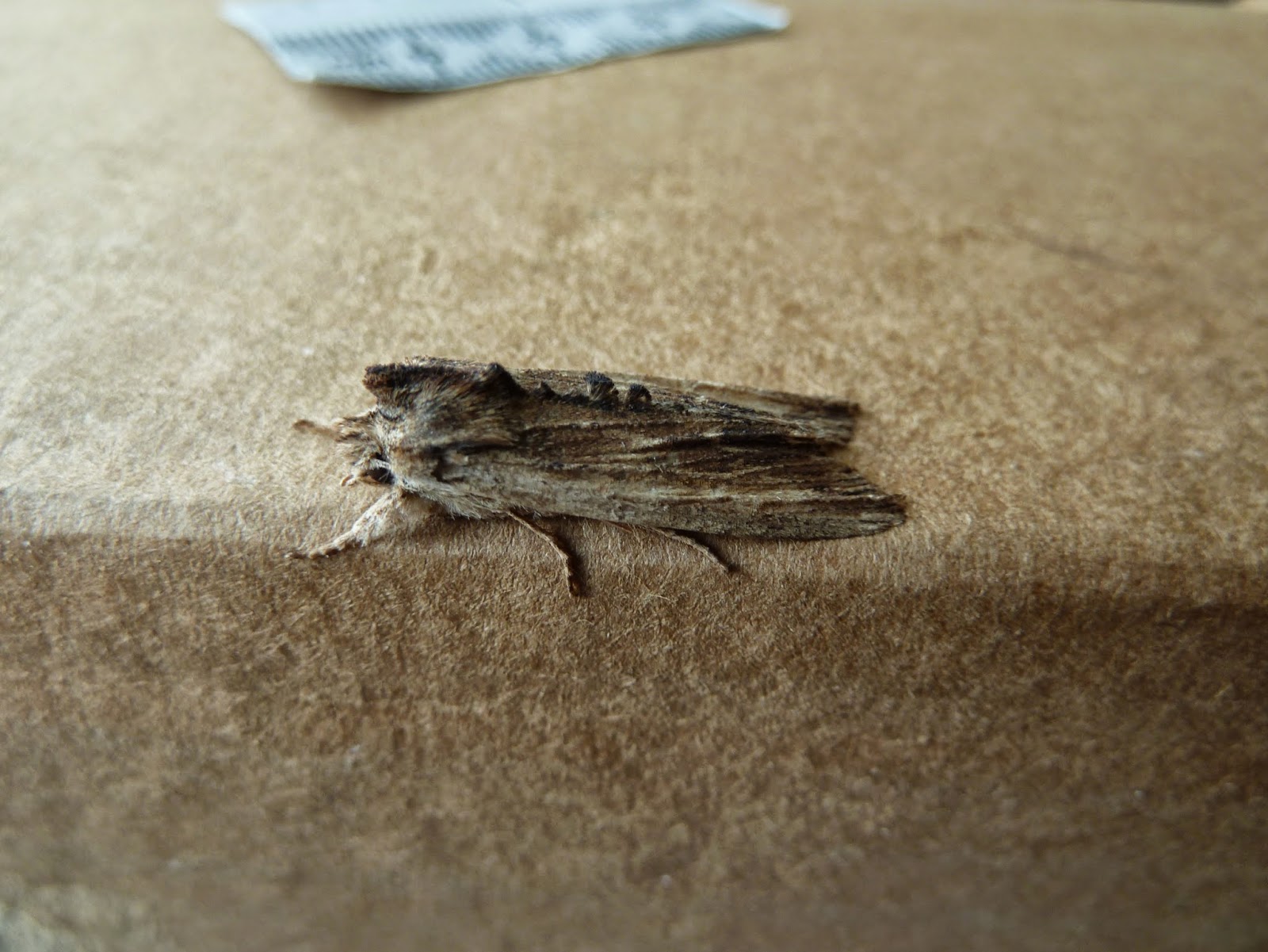 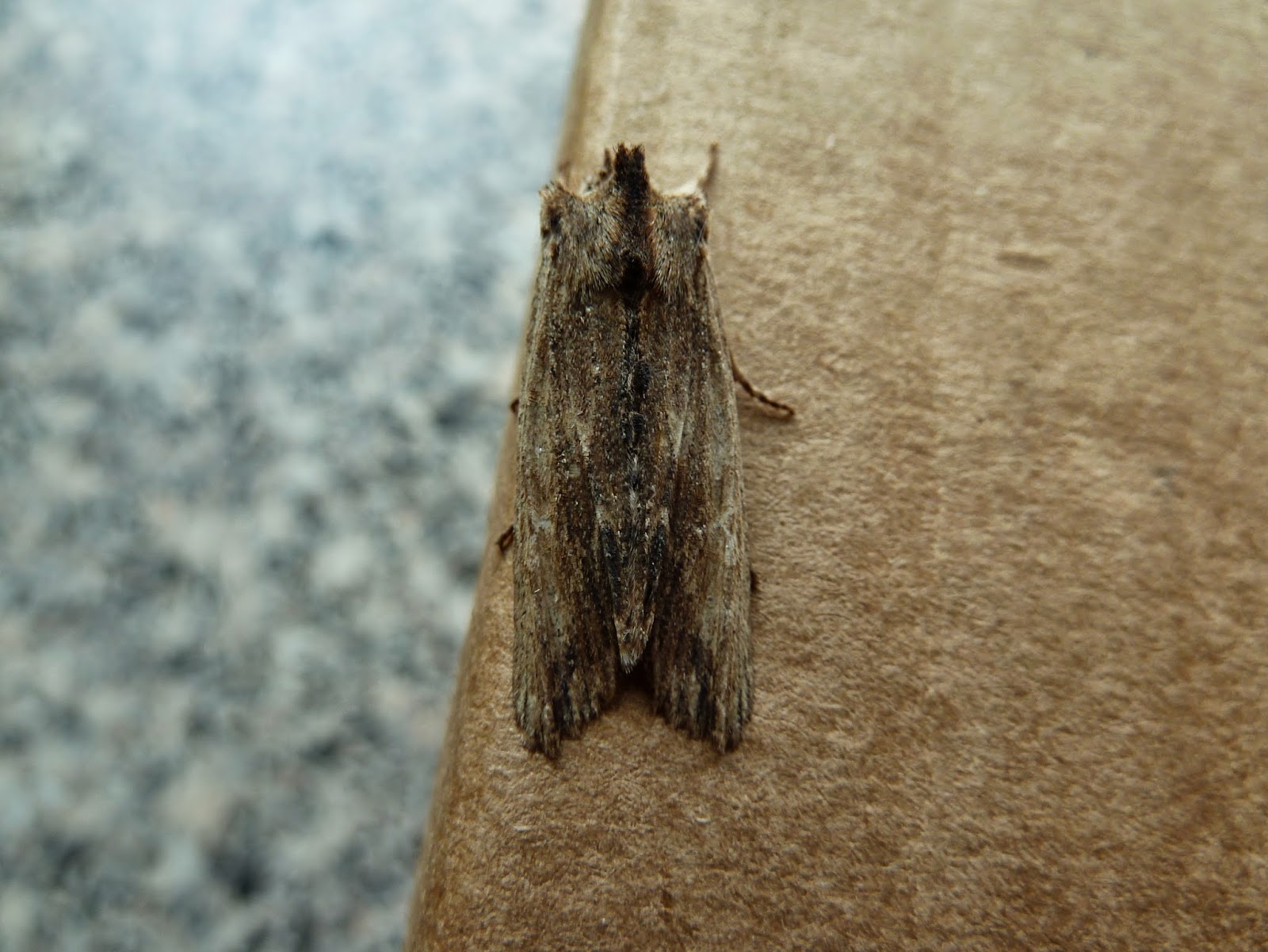