Those of a sensitive disposition please do not read any further: the following tale features dead moths, genitalia and a case of mistaken identity...
Yesterday Ian passed me 4 moth specimens from 2012/13 to check at home.  The first was Metzneria metzneriella, which Ian had recorded at Ty'r Waun, Pwll; the second was a female Phycitodes maritima from a saltmarsh just west of Kidwelly that I confirmed using gen. det.; the third was a male Common Ear from East of Burry Port; and the fourth was (I thought) a male Large Ear.  I photographed the 'harpe' of its genitalia, which had one obviously longer arm than the other, so as to gross-out the Carms Moth Bloggers, then disposed of the remaining bits.  I'm not good at genitalia dissection at the best of times and my photo isn't great.  However, it looks to me more like the harpe of Saltern Ear on http://www.mothscount.org/uploads/Difficult_species_guide%20page_78.pdf, with a broad shorter arm, but it's a poor photo angle and the bits have now gone in the bin.
This specimen came from Ian's garden at Pwll: close to likely Saltern Ear habitat but not close to the usual upland marshes of Large Ear.  Further online searching wasn't too productive: Googling images of Saltern Ear Male Genitalia was OK, but I don't advise anyone to look for images of Large Ear Male Genitalia...
Saltern Ear would be new for Carms and there aren't many Glamorgan records; Large Ear has a few records from the Llanelli area gen det by Jon.  Maybe mine is just a Large Ear after all. 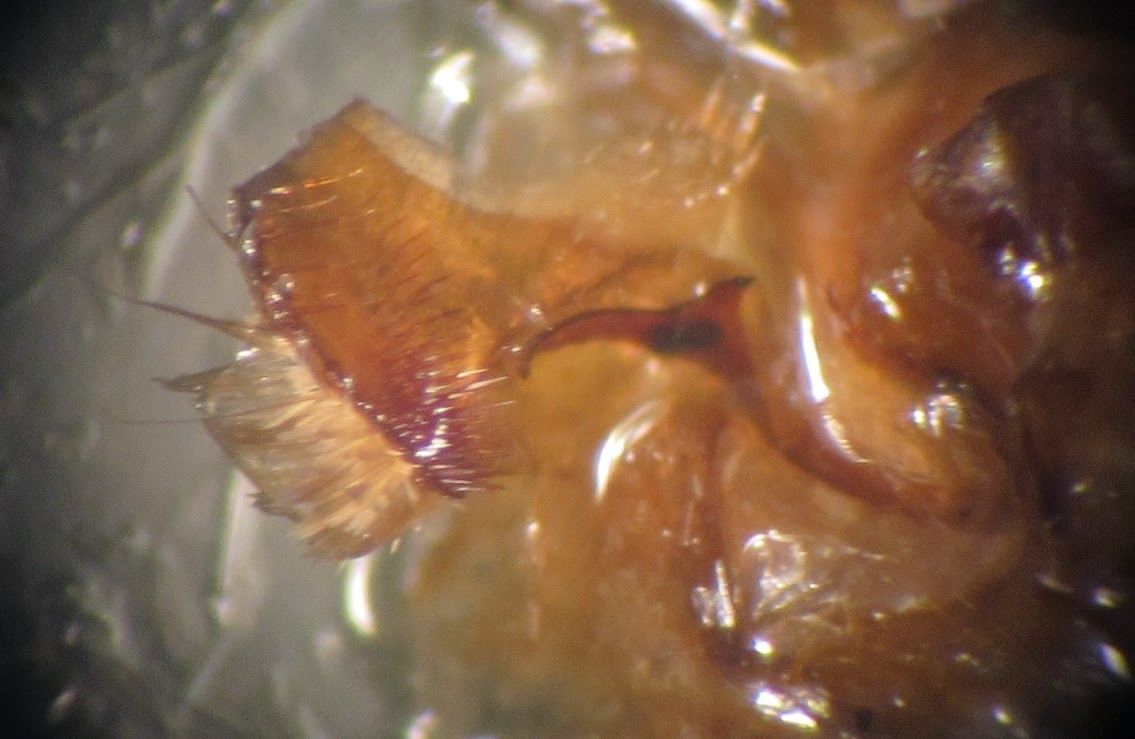 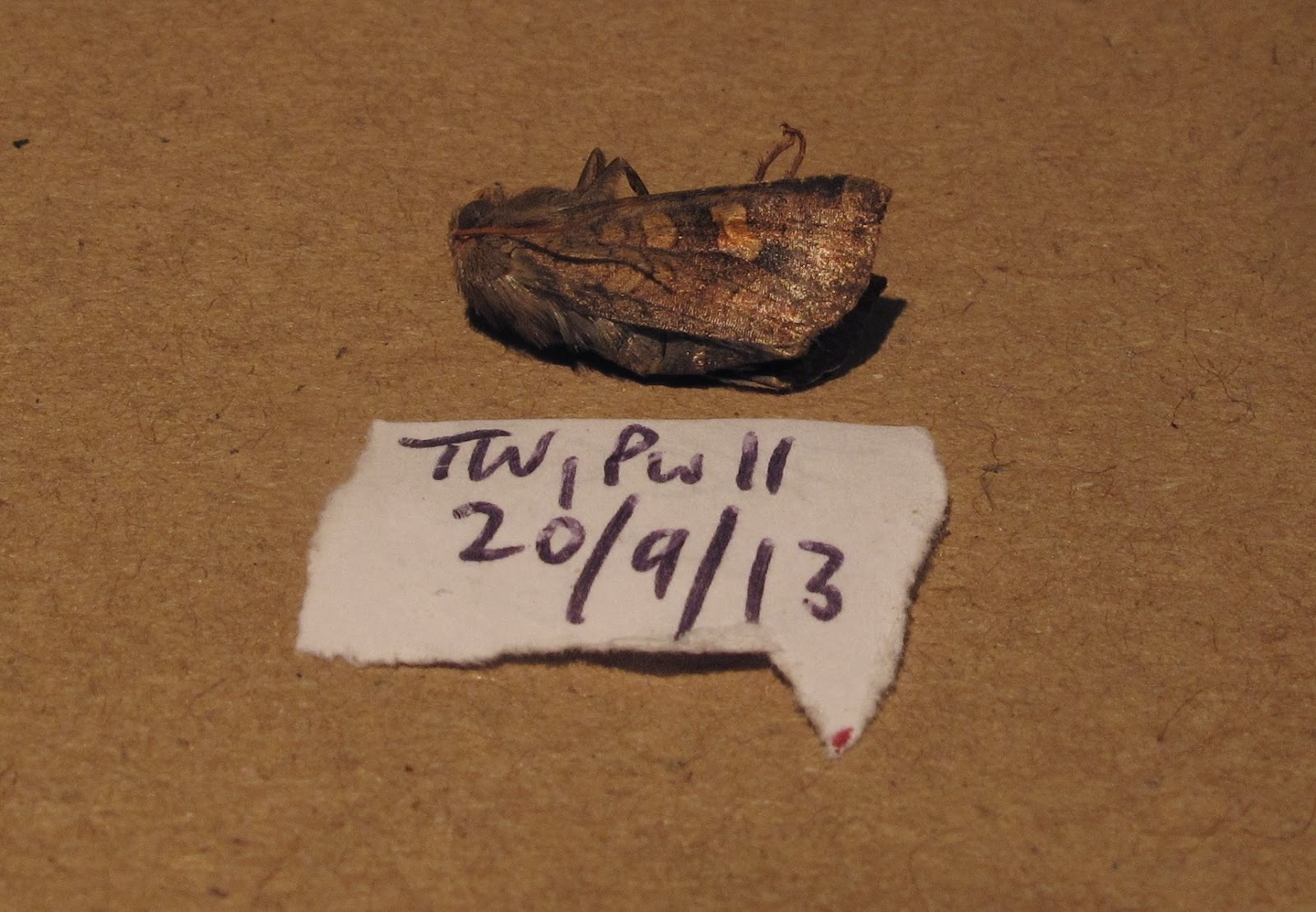