I trapped on Friday night and caught 19 species including FFY scorched wing, peppered moth, barred umber and marbled brown.  Best of the bunch was a broad-barred white which is a new one for me here. 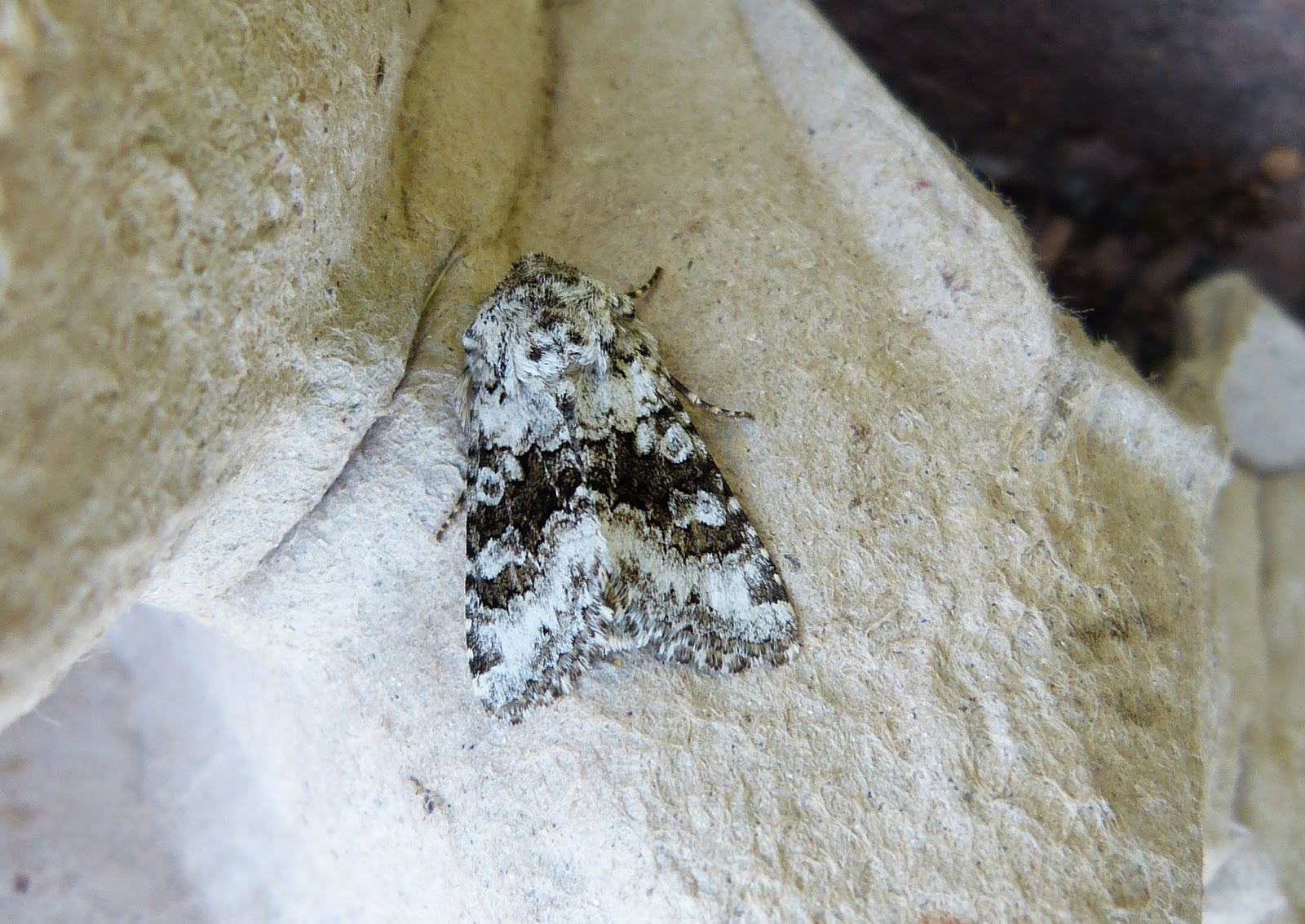 I set the trap in the yard and several moths including these small phoenix had settled on the silver paintwork of the car. Perhaps a white car would do even better. Something to bear in mind next time you're down the car showroom... ﻿
The local robin, which can be a nuisance sometimes, obviously hadn't spotted them  - but this poplar hawkmoth obviously wasn't taking any chances sitting around on top of the car. Clever chap. Don't worry, I did rescue it﻿