Only nine species in the trap last night (Sunday), including FFY spectacle, small square-spot and clouded silver. Most interesting was what I think is a Devon carpet, which I've not caught at Carmel before : 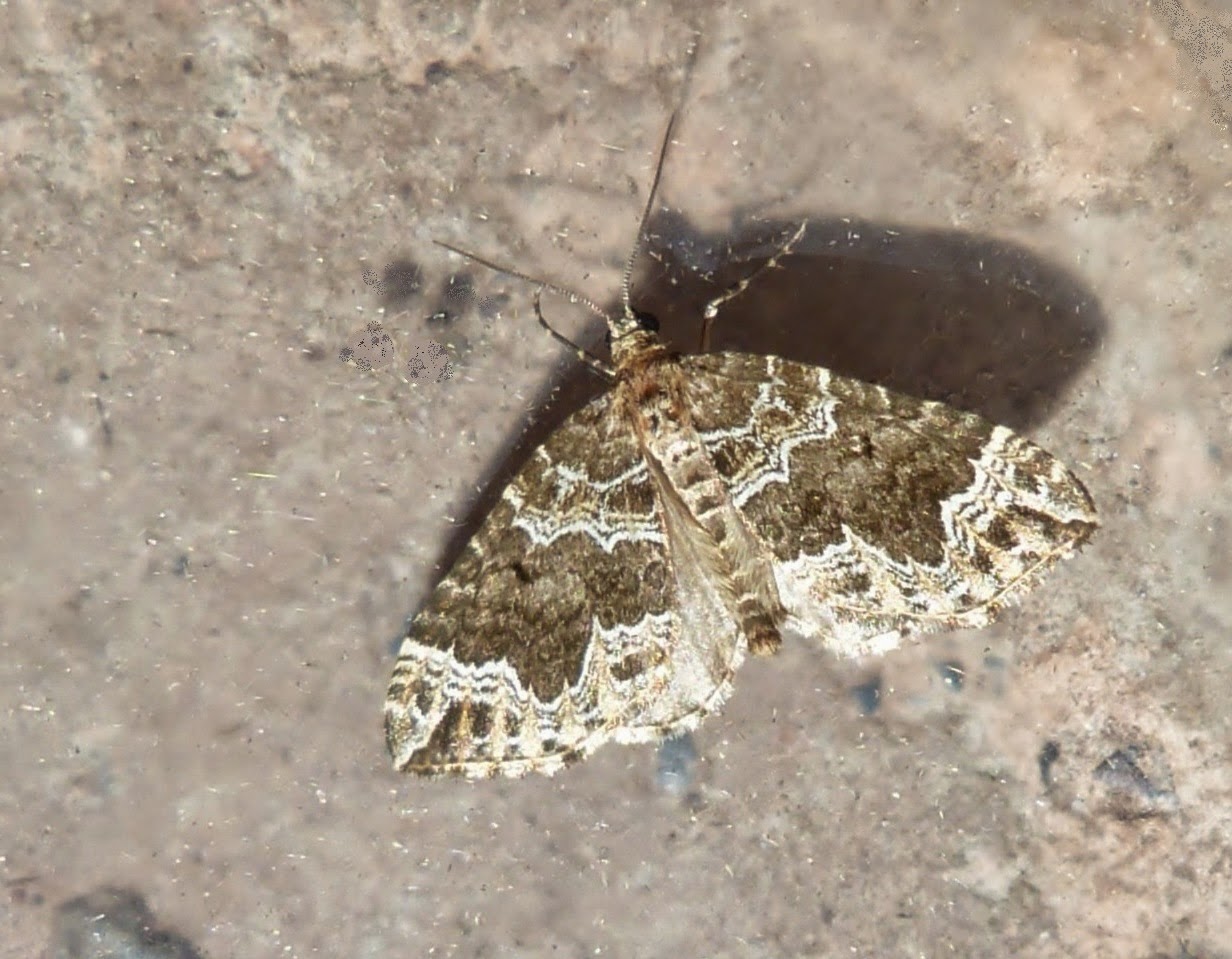 Although Nationally Scarce B it is commonest in Wales and SW England and Jon has it down as 'locally common' in his 2006 report. It can be confused with water carpet but this one had the characteristic less indented central band. In addition it was the same size as the illustration in Waring and Townsend and was far less 'robust' than water carpet without the strong chocolate-brown band. I have caught several dozen water carpet here and to me the size was the thing that made this one stand out.  What do others think?  Also worth having a look at the 'water carpet' that Isabel caught (24th May)  - could that be a Devon too....?