By all accounts last night should have been favourable, being dry and mild, but only 21 moths of 15 species turned up and there were no surprises.  Firsts for year were White-pinion Spotted and an Agonopterix, I think that it's probably a rather worn  A.ocellana (photo attached).  Also a Foxglove Pug which looked unfamiliar at first on account of its small size and the lack of the orange-brown colouration which I normally see on this species.  Silver-ground Carpets are particularly common this year, I disturb several in the garden every day. 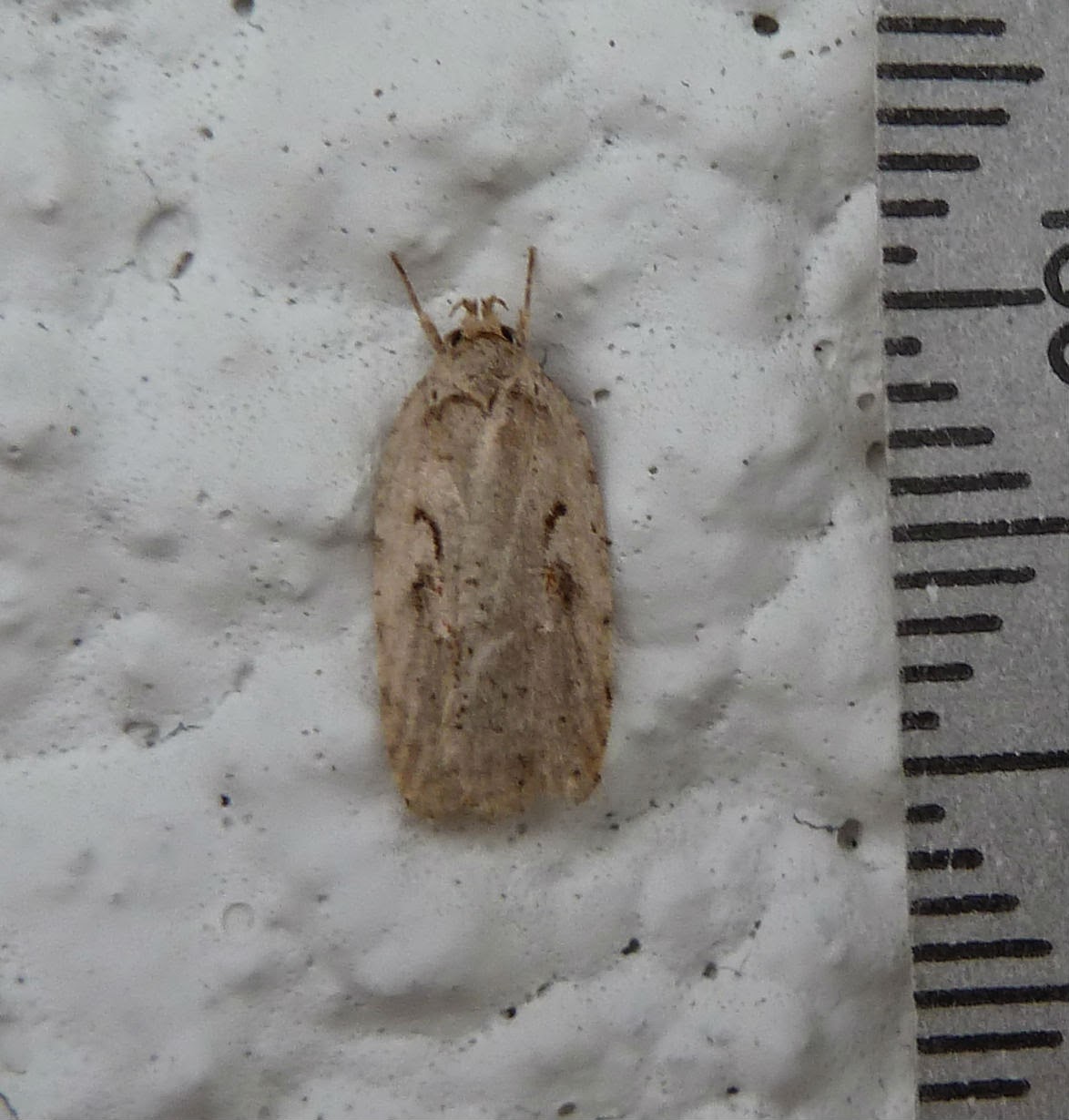 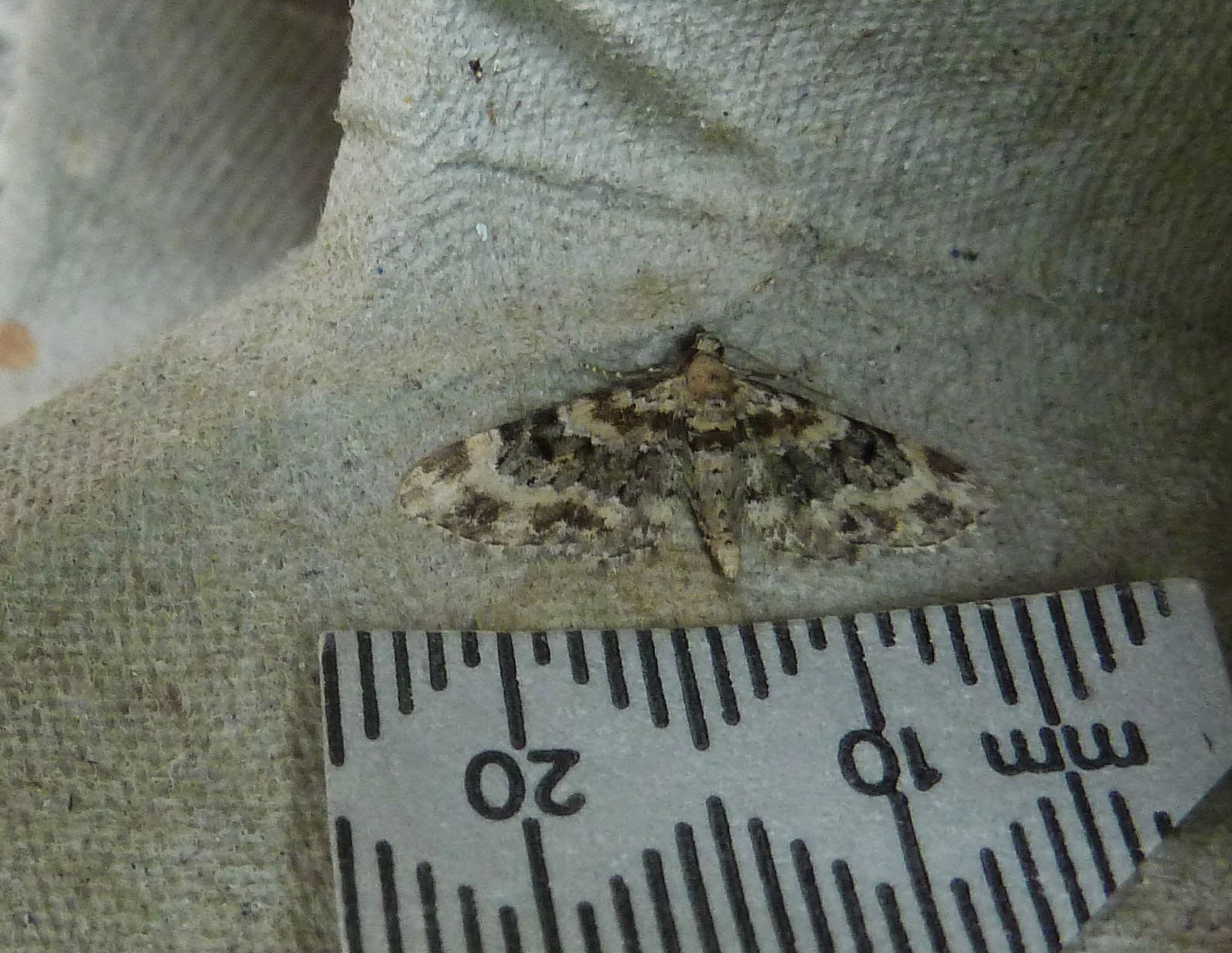