In his highly readable and informative Newsletter for Spring 2014, Ian inserted some notes on moth records from Cwmllwyd that had been collected over the past several years. I hope that the following comments may be considered pertinent.

Ian is quite right to be wary of unsubstantiated records; the County database could be compromised and rendered valueless without such vigilance. No-one wants a reprise of the type of problems that Jon had in sorting out the Rothamsted data. So I agree with the need for careful and informed scrutiny and I am able to receive criticism of Cwmllwyd records with a degree of equanimity. It was not my assumption when submitting those records that all, or any of them, would be accepted as appropriate additions to the county list. After all, my data recording (for example) has not conformed with methods that are useful to Recorders here and my records were made for my own interest, rather than for public consumption. I would be mortified if anyone thought that these records were the moth equivalent of the “Hastings rarities!” I am sure that they contain mistakes, but at the same time, there are some cracking moths up here on the side of the mountain.

Since making contact with the Carmarthenshire group last autumn, I have been provided with a new and invaluable tool to assist identification by highlighting species which are unlikely to be present. I refer, of course, to Jon's 2006 Annual Report, without which, you can be sure, there would be far more errors from Cwmllwyd in years to come! I have also acquired a decent camera, so an increasing number of record shots of dubious quality should be forthcoming.

Ian's review of Cwmllwyd data drew out several species that were doubtful, or required photographic evidence. These include the following: 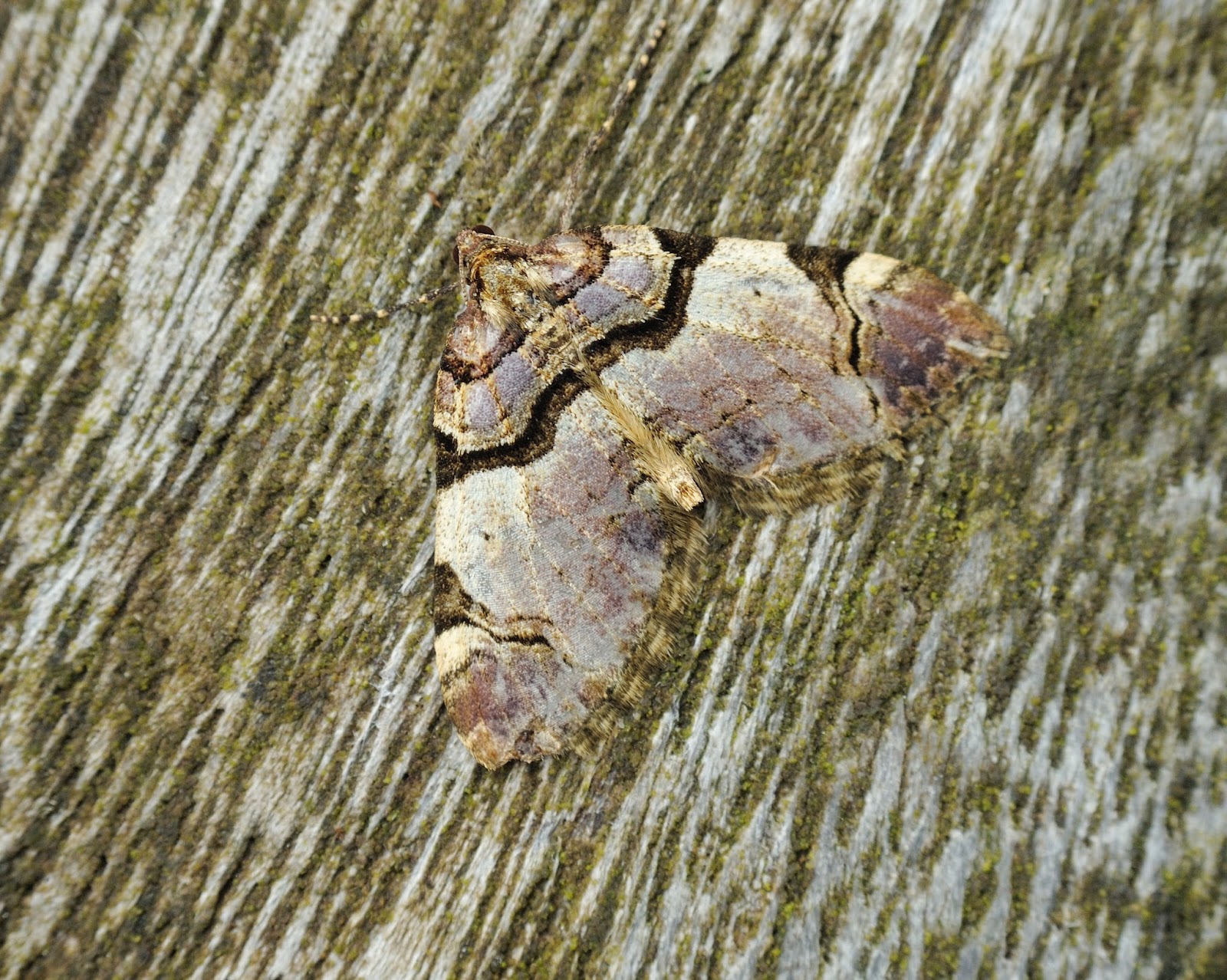 Oak/Northern Eggar (one or other of the Lasiocampa quercus ssp.). Of this species, I am certain: I have previous experience of them from Kent and from Rahoy on the Morvern peninsula in the Scottish Highlands. At Cwmllwyd we've seen them in 2000, 2005 and 2011. Perhaps next time they appear, they may pose for a photo!

Dwarf Cream Wave, Peacock, Pale November Moth, Haworth's Minor and, quite possibly, several other species, are all most likely to have been misidentified; mea culpa, mea culpa, mea maxima culpa!