As well as the Brimstones at Penclacwydd WWT yesterday, mentioned by Ian in his previous post, there were quite a few micro-moths buzzing around in the Sir Peter Scott hide, trying vainly to escape to the outside world via the well-sealed windows. Annoyingly I'd left my specimen pots in the car, but did get a few pics.

Most of them were this species, which looks most like Depressaria ultimella (they were too small to be daucella). Not sure how common this species is in Carms? 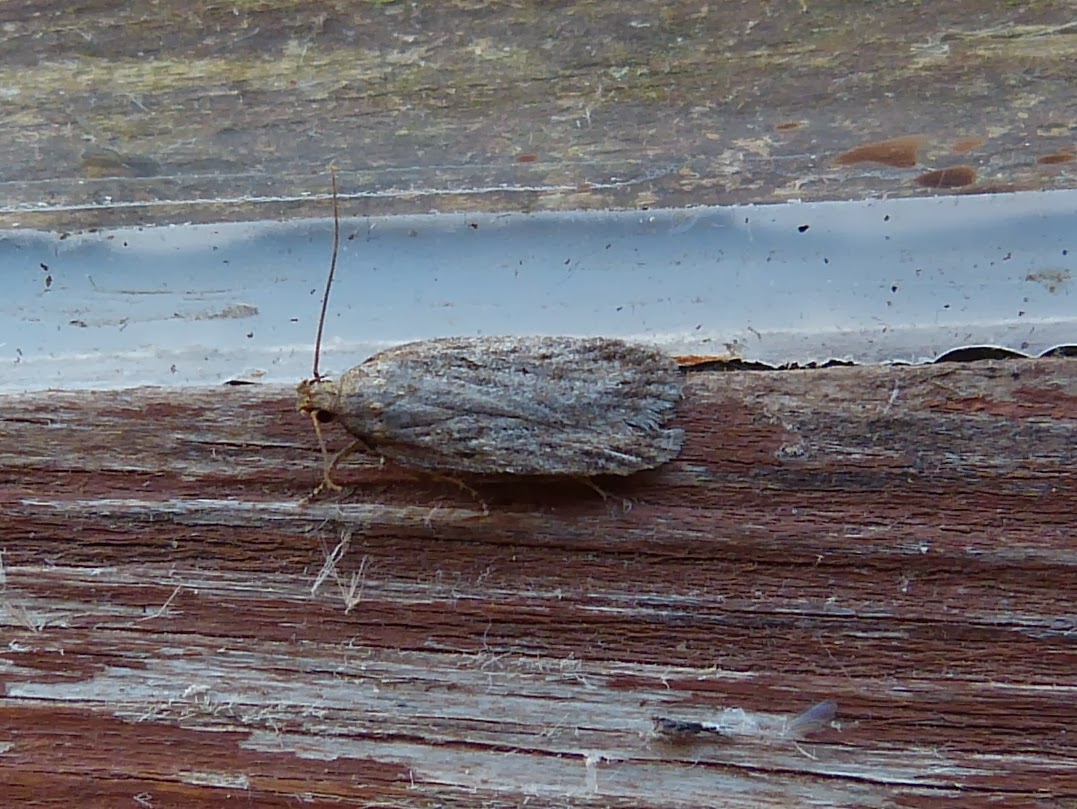 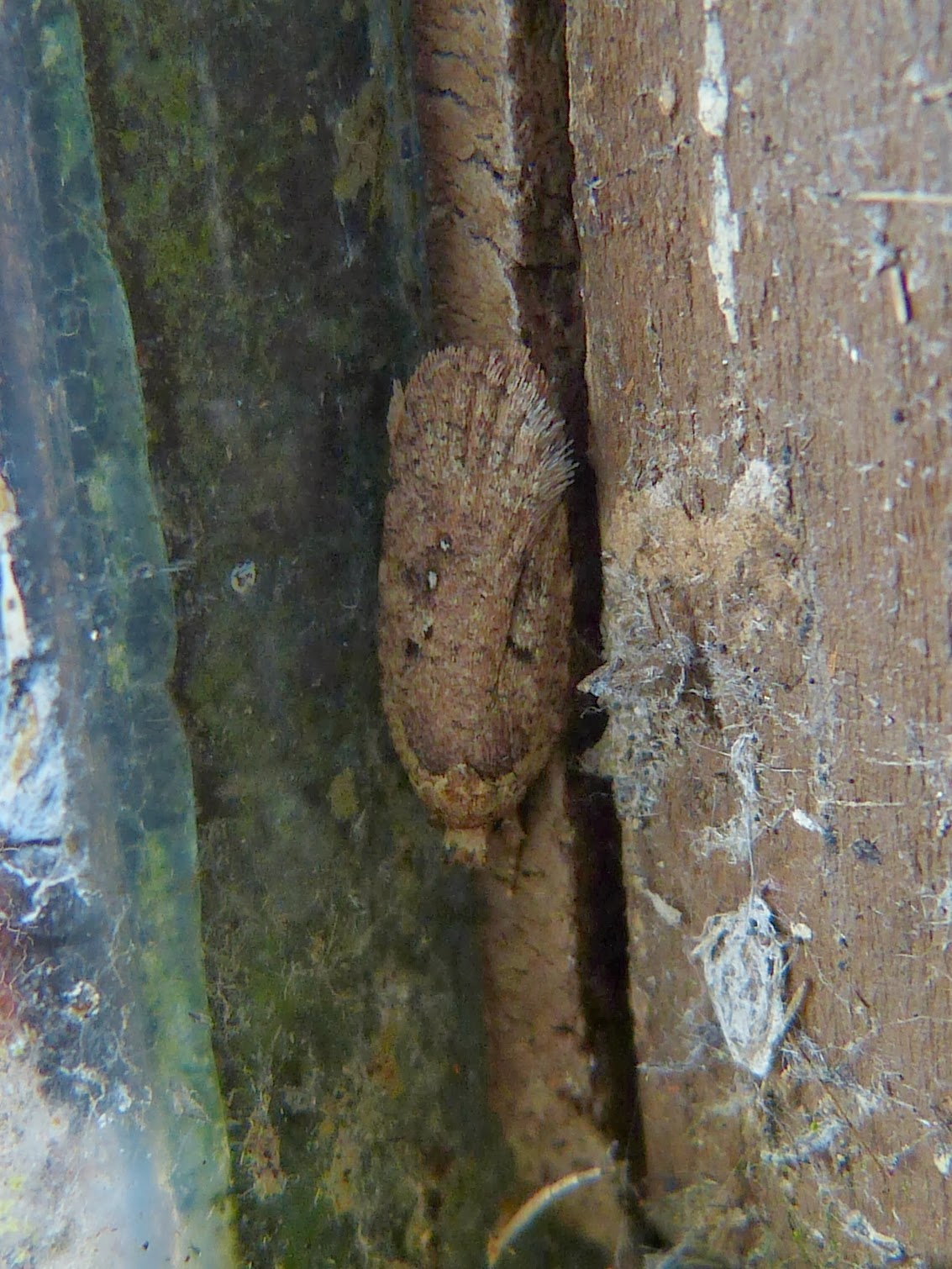 and Mompha divisella (I see from MapMate that Barry has recorded this species from the British Steel hide in the past). 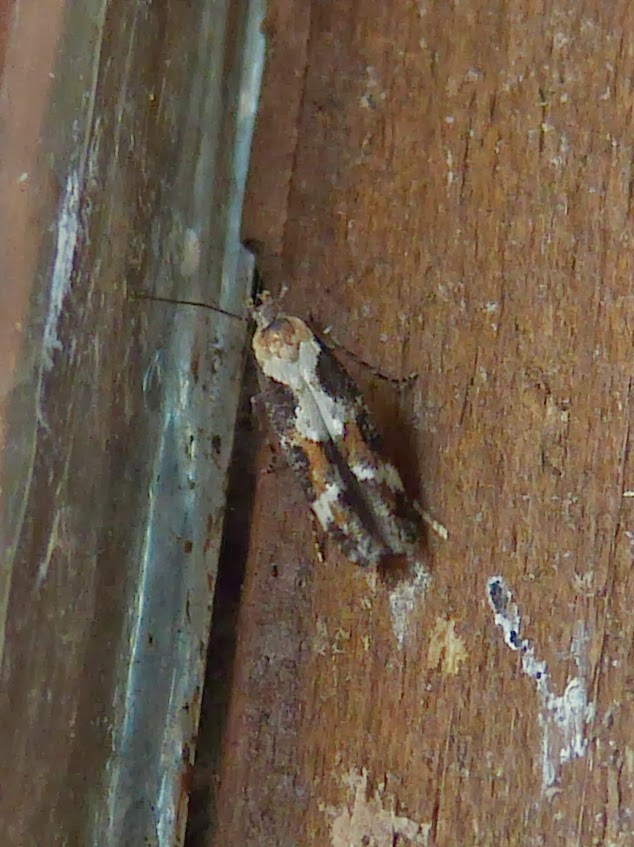 All these species overwinter as adults and had presumably spent the winter in the hide.
Posted by GMT