I did my annual count of the hibernating moths in the limestone cave at Garn, Carmel this afternoon. The largest quarry has a main cave a little way up the face at the far end and over the last 5 years or so this has never held more than the occasional herald so I didn't check it (it seems to be too wet). The smaller cave on the right-hand wall as you enter the quarry is a regular spot for both herald and the rarer tissue. Today it held 7 tissues and c.43 heralds (my highest count of the latter). Numbers in recent years have been -  tissue, followed by herald  - 2013: 3 and 34 - 2012: 6 and 9; 2011: 7 and 24.  So that's an encouraging resurgence in tissue numbers. Tissue caterpillars feed on buckthorn and there are 2-3 bushes high up on the edge of the cliff above the main cave, just 50m or so from the hibernation cave (they had berries this year but they hang over a precipitous drop so I didn't collect any in the autumn). Two other buckthorn bushes have been lost in recent years so it could be that the tissues are a very localized population now dependent on these small number of bushes. This year, as before, there was evidence that cavers had been moving boulders to try (unsuccessfully) to unblock choked passages. Fortunately the moths tuck themselves away fairly well under dry ledges, but a lot of human activity at this time of year could easily disturb or damage them. Of course, there could be more of both species in more inaccessible parts of the cave system. The photos were taken last year. 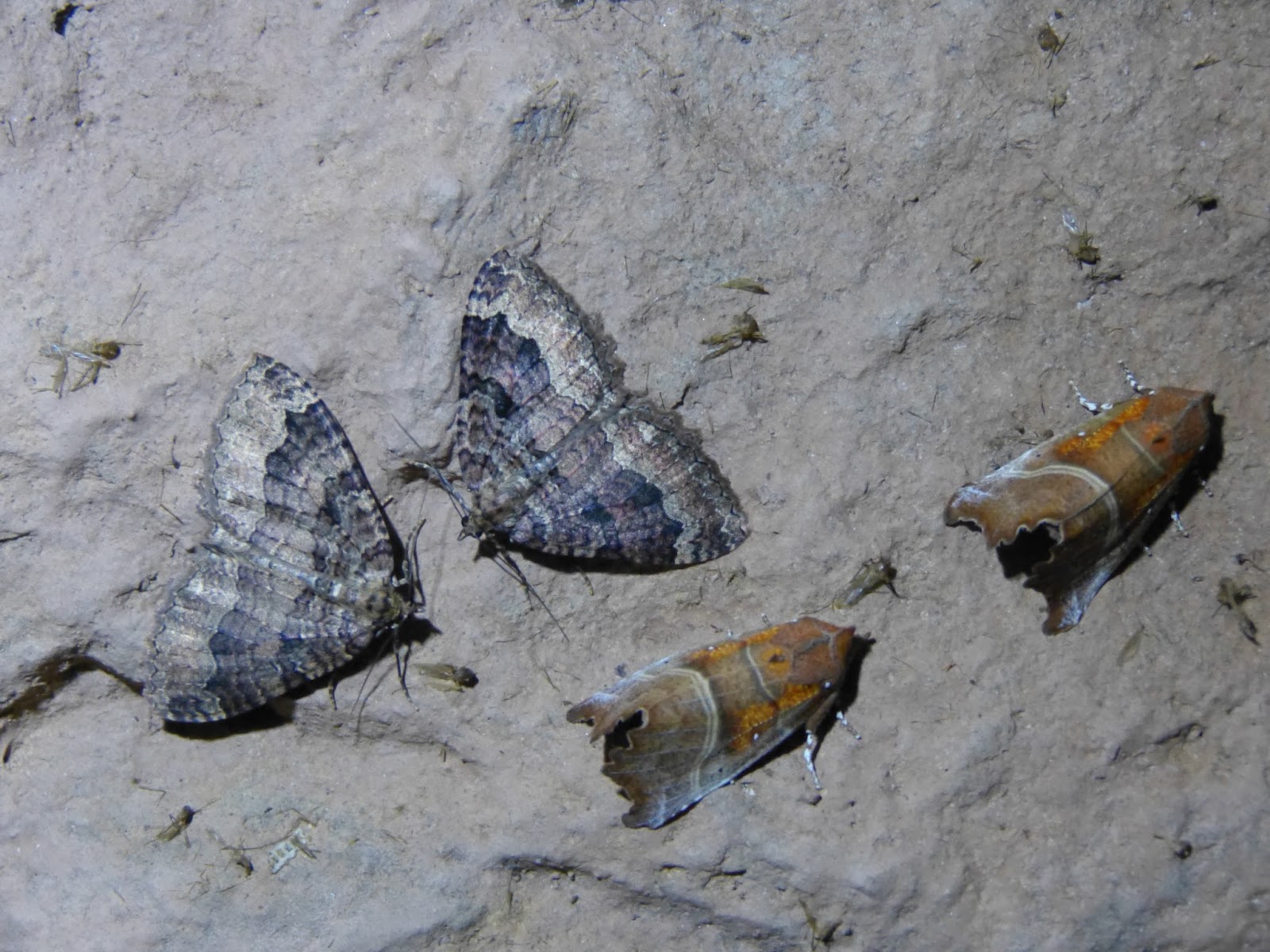 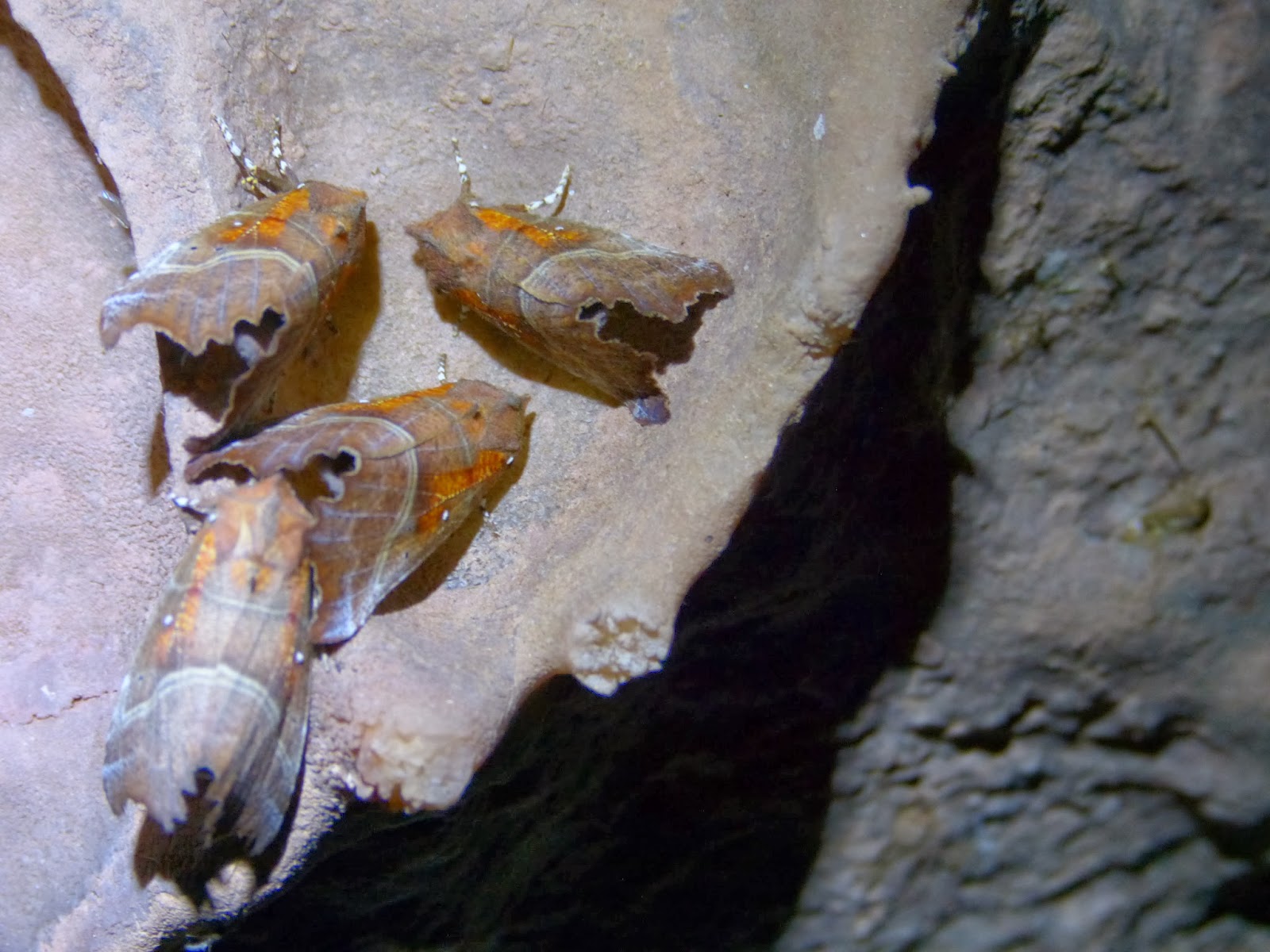