The arrival of a November Moth type on a window yesterday lunchtime, and a Rusty-dot Pearl on the back door later on, prompted me to put the MV trap out last night.  One advantage of trapping at this time of year is that there's no need to get up particularly early - it was still fairly dark when I inspected the trap at 7.30am.  There were a few moths round about the trap: 8 Feathered Thorns, 2 strikingly different Mottled Umbers, a single December Moth, and three Epirrita sp., one of which was notable for its small size.   The trap itself contained no moths at all, which was very disappointing.  If the benign weather continues I might try an actinic trap tonight. 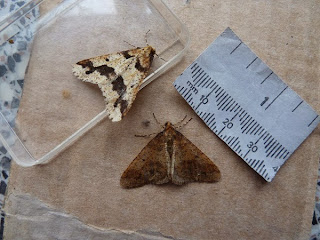 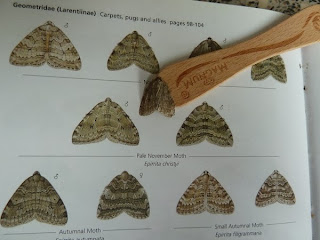