My MV trap was also bombarded by December Moths last night, the final tally being much the same as Colin's.  Most of them were outside the trap this morning, along with several November Moth and Winter Moth types, a Feathered Thorn, a beautifully-marked Mottled Umber and an Angle Shades.  It was nice to have a reasonably productive night for a change!  I shall put a small actinic trap out tonight, because judging from the weather forecast (colder) it might be the last opportunity for a while.
I am attaching photos of one of last night's catch, which looks very much like a Northern Winter Moth according to the illustrations in the books.  Is anyone familiar with the species and if so, what do you think? 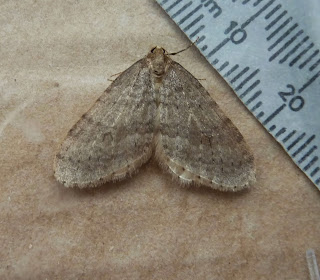 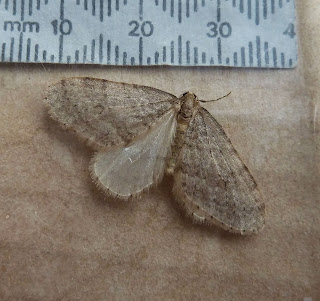