Jon gave me all his moth data last weekend and I have been spending odd hours playing with the spreadsheet to get it into DMAP.  This involved adding in a lot of records that Jon had been sent electronically over the last 3 years, reformatting them into the standard format initially.  I also needed to comb through the data for typos, spaces at the end of names, inconsistent hyphenation etc!

I'm now as up to date as I can be, though there are some notable gaps for the last few years that I will ask individual recorders about on Friday. 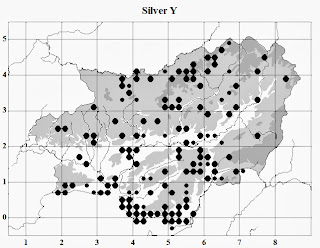 Silver Y - pre-2000 dots are smaller than 2000-2012 dots
The top squares for Macros and for All Moths are unsurprisingly keen recorders' home trap sites, plus Pembrey and Llansteffan.
﻿ 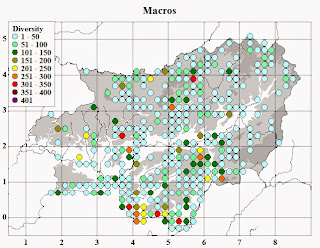 There are surprisingly few obvious patterns, other than recorder coverage.  Most of the rarer species except for a few on the coast are just too under-recorded.  Yellow Belle is a nice exception! 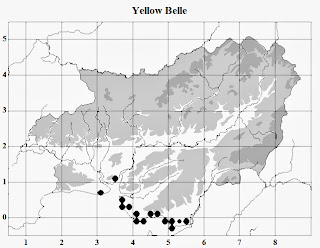