Sorry Ian, but your leaves have been in the top spot for a week now and I felt that it was about time for them to be replaced by some moths!  Not current ones, unfortunately, there's been no trapping here this week, but two photos that I came across whilst going through records for past years.  One was taken on 31 December 2010, the moth having settled on the post overnight, close to the trap.  The second was taken 11 January 2011, the moth having remained more or less static in between times.  It seems that these winter species must be able to remain inactive for long periods when conditions are unfavourable for flying/feeding, that's assuming that there is any food for them in January! 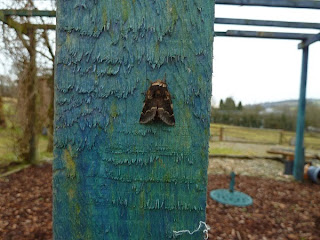 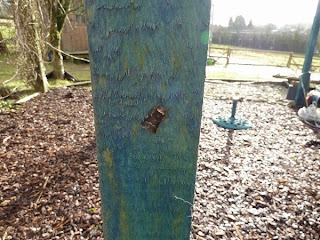