Another night another Vestal

I love Vestals: uncommon enough to be a bit exciting, but regular enough to appear even at Cnwc!  Another one turned up on our outside light last night.  I knew it was a different individual because the previous night's was in the fridge.  The second one was also pinker-lined than the first.  Both were photographed and released this morning.

There are a lot of much rarer migrants turning up in southern Britain at the moment, and Gems are appearing pretty widely in S Wales as well.  Please everybody keep trapping and hope for something good, even if we're unlikely to beat Chris' Diasemia from Nat Moth Night. 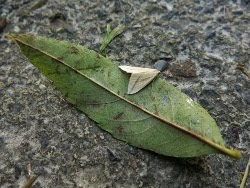 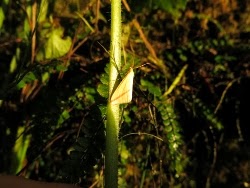