Yes, a northerly wind is in the making as we speak, so I guess that all the migrants which were due to turn up here shortly are being blown back home (or at least to the Gower).  Apart from a few Silver Ys, the only migrant arriving here last night was a single Rusty-dot Pearl.  It was nice to see two fresh-looking Satellites, though, amongst the regulars which included Pine, Spruce and Red-green Carpets.
Thanks for alerting us to the Guardian article, Vaughn.  A similar one (from the same source) also appeared in the Mail On Line this morning, so moths are well and truly in the news. 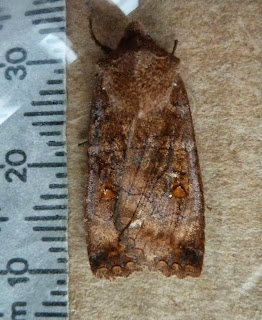 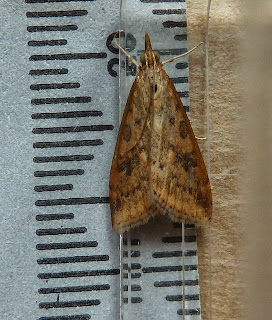