Yes, last night was certainly one for the Brimstone Moth.  My wife and I checked on the MV at 10.30pm and were bombarded by clouds of them.  Not surprisingly there were plenty around this morning as well. The record sheet will show a final figure of 43, but this understates the true picture.  Also abundant were Flame Shoulders, many of them in pristine condition, probably freshly emerged, and Large yellow Underwings seem to have had a resurgence.  A good night for moths generally in fact being warm, still and overcast.  Having said that, amongst the 40 species recorded there was only one that I haven't had before, Double-striped Pug, and this may seem quite surprising since (according to Jon's Annual Reports) it's common in the county.  Other firsts (for the year) were Canary-shouldered Thorn and Sallow.  I'm posting photos of a couple of micros just to check that the i.d.s are correct, no response needed if they are! 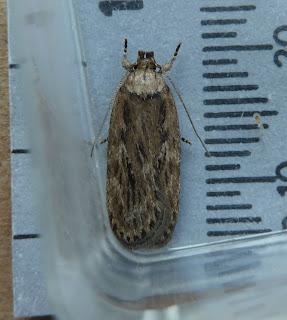 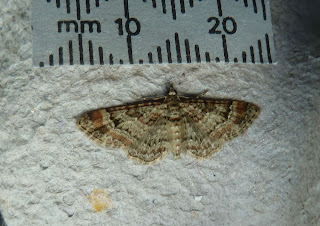 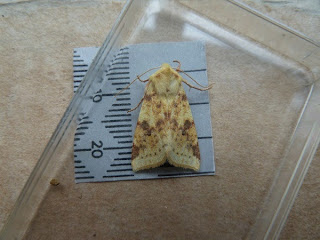 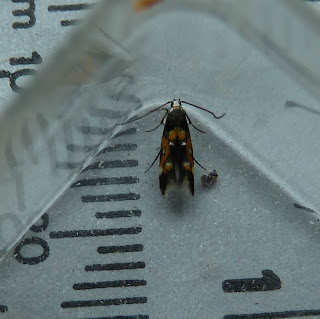