A good night for flies

The MV in a sheltered place last night attracted a vast number of flies, and a few moths as well.  No wasps this time - they seem to be less active now, although there are still plenty around the apples and brambles.  It was nice to get a Brindled Green, the first since 2011 I think, another of those moths that are down in the book as 'common', but apparently not so in Carms.  Also notable were Blood-vein, Frosted Orange, Dark Sword-grass, three Dusky Thorns and a couple of Centre-barred Sallows.  Numerous Brimstone Moths again.  Several Torticids including Acleris laterana , A.emargana and one which is similar to the latter species but very bulbous in shape and lacks the distinctive red dorsum.  Photo attached, advice would be welcome. 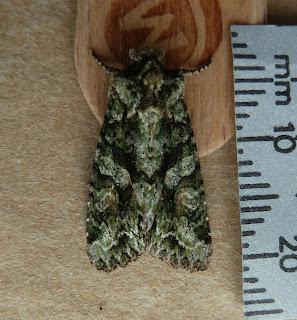 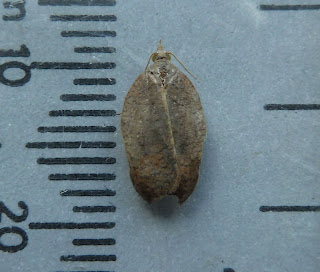