On Wednesday night the MV trap and a small actinic produced nothing startling, although a Swallowtail in prime condition was nice to see, as were two Centre-barred Sallows (no Sallows yet), Angle Shades and Swallow prominent.  Last night the large (22W) actinic did rather better, in spite of the drizzle in the evening.  Inspecting the trap before retiring I collected a small unfamiliar noctuid from an adjacent wall.  Initially I marked it down as a White-line Dart, but now suspect that it's a Heath Rustic (the two species seem to have very similar features, but the timing and location made the latter seem more likely).  Also in the catch was an Oblique Carpet, my first I think, and an LBJ (little brown job) which I can't put a name to, looks as though it might be a Udea sp. from it's shape, but it's much smaller than the two I usually get here (U.prunalis and U.olivalis) and lacks the distinctive white legs.  Help with this one would be much appreciated, if the photos are up to it.
Flame Shoulders and Feathered gothics were the most numerous, Large Yellow Underwings seem to be on the decline, as do July Highfliers which are beginning to look a bit tatty as well. 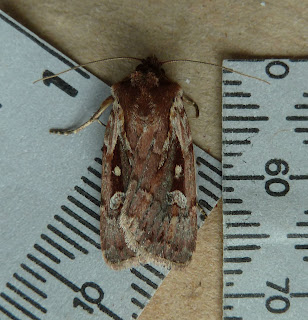 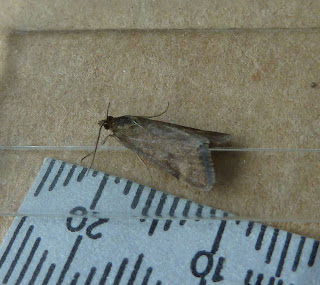 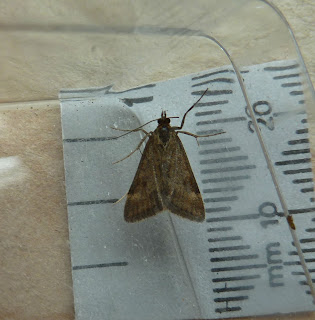