...were wet and windy here (yes, Ian, maybe 'coast is best', at least as far as the weather is concerned!)  In spite of the conditions I put a trap out on both nights, albeit in a sheltered place , so unsurprisingly the catches were small.  A Black Arches turned up on both occasions (I'm trying to establish from the photos whether it was the same moth, since the trapping sites were quite close).  It was nice to see this beautiful species again since it deserted me last year, seemingly it's not as common around here as in some other parts of the County.  Others of note: Least Yellow Underwing, Small Rufous, and what I believe must be a very small and dark Ringed China-mark (see photo - alternative suggestions welcome).  Antlers continue to abound and Ruby Tigers have arrived. 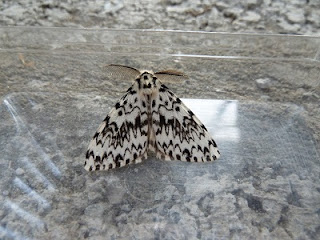 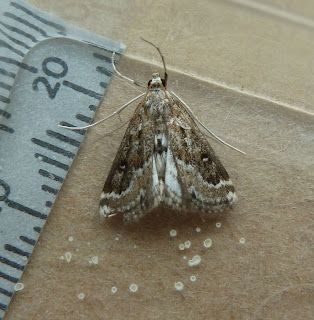 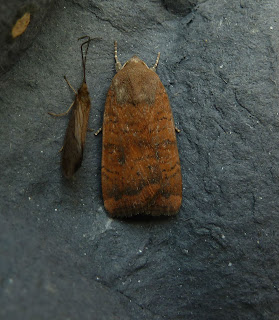 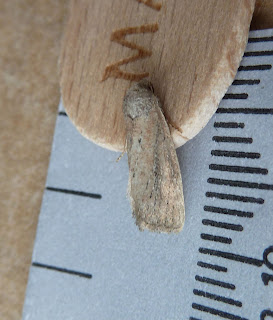