I wasn't going to trap but it clouded over and the wind dropped as it got dark so I rushed my trap out. It paid off as I got over 60 species (plus the few micros I'd like help with!) including this which I believe is a Bulrush wainscot? 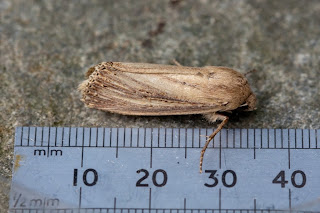 I've never had one before (either here or at Parc Slip) and there is no Typha  nearby but the ukmoths website does say they are wanderers. Was a pleasant surprise anyway. The trap was dominated by large yellow underwings (54) and flame shoulders (37) with my highlights being a couple of gold spots, oblique carpet, purple thorn, sallow kitten, chinese character and copper underwings. Immigrants were represented by 4 silver Y and 3 dark sword-grass.

Micros I struggled with: I know Acleris laterana and comariana are difficult to separate - is it safe to say this is the former given the time of year or is it best to record as either/or? 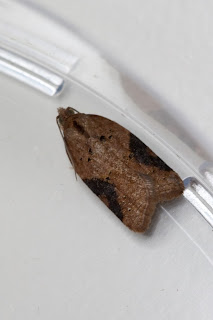 Another tortrix - not well-marked enough for me to id: 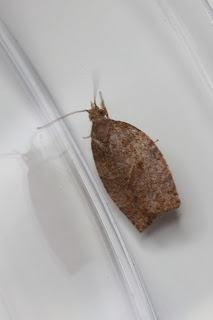 Closest I could get with the following was holly tortrix? 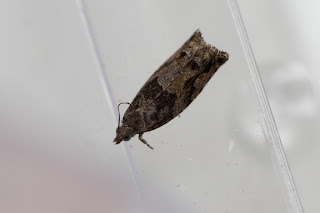 Despite this one being well-marked I couldn't find it in the book (I do have a side-on photo if required: 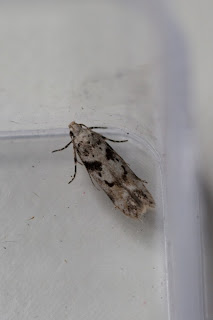 And finally, another apple/spindle ermine - Sam, I know my parents don't have spindle but they do have a couple of apple trees! 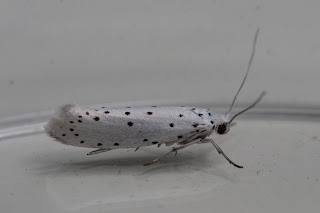