A modest catch with an actinic trap, mostly common species and no problem with wasps this time.  Worthy of note was a rather battered Scallop Shell (surely it's a little late for this species?) and a moth which I initially thought was a Northern Spinach, but on closer examination I think that it's a Chevron.  Although it's supposed to be common I've not had one of these before and I can't recall anyone else mentioning it recently, but it might be the old memory letting me down again! 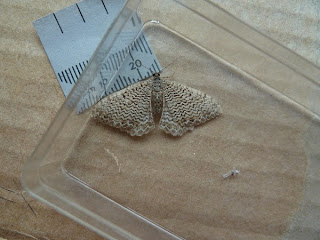 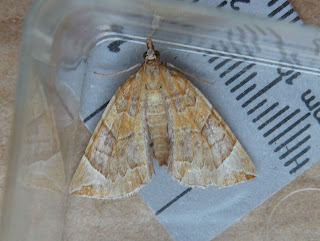