Last night was uneventful, a modest 28 spp with Large Yellow Underwings (18) again dominating in terms of numbers.  A single Drinker Moth - they haven't appeared here in their usual numbers yet.  Singles also of Prominents Swallow, Pebble and Iron.  The first Flounced Rustics of the year, with their Persil-white hindwings.  Referring back to previous posts contrasting this species with the Common Rustic, I also noticed this morning that the head/thorax ends of FRs were more thickset than those of the two CRs in the trap, which were thinner and more pointed.  The micro is, I suspect, Agonopterix heracliana, but can I be certain of this? - Sam, perhaps you would kindly advise.

An entry on the Atropos arrivals notice board yesterday reported that Diasemia reticularis had been caught last Wednesday on the Isle of Man. 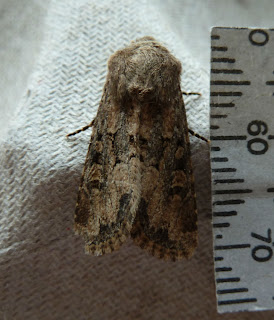 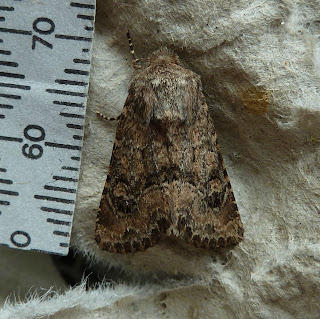 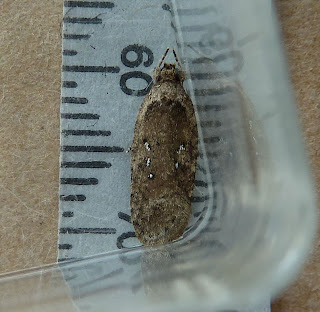