I left the small actinic trap on the veranda of the chalet last night and feared the worst when I heard the rain during the night, but needn't have worried, the trap kept reasonably dry and 25 species were recorded this morning.  New for the year were Yellow Shell, Pale Mottled Willow, and two micros which I have down as Ypsolopha dentella (Honeysuckle Moth) and Carcina quercana.  Most abundant were Large Yellow Underwing and Small Phoenix (five of each).  Also of note a Rush Veneer, and I saw several Silver Ys on the buddleia yesterday although there were none in the trap. 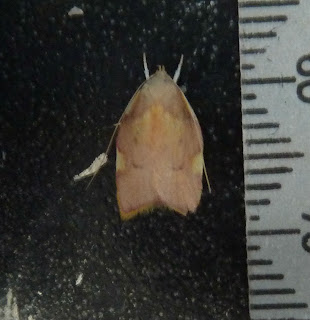 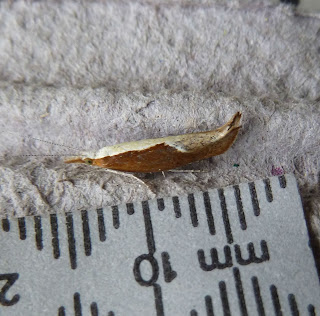