A micro or two

I re-acquainted myself with the wasp population at 5.30 this morning, there was quite a crowd buzzing around the MV.  Fortunately most of them dispersed soon after I switched the lamp off and I was able to get the trap inside painlessly.  Several wasps emerged from the trap during the next couple of hours, but they were all a bit dopey and seemingly in no fit state to threaten the moths.  Nothing new amongst the macro species, but a nice Catoptria pinella, a Twenty-plume moth (which I can't recall seeing before) and another small micro with a tick-shaped lateral marking - the nearest I can get from Sterling & Parsons' illustrations is Ancylis subarcuana which doesn't seem very likely from the description, and advice would be welcome if the photos are good enough. 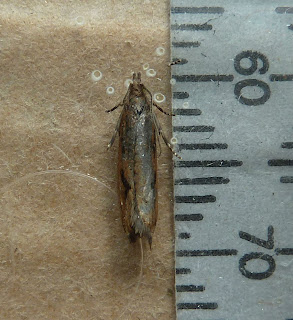 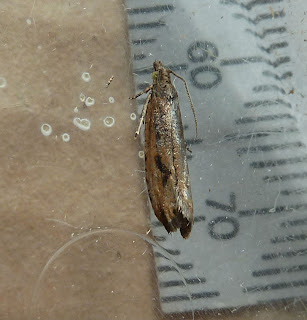 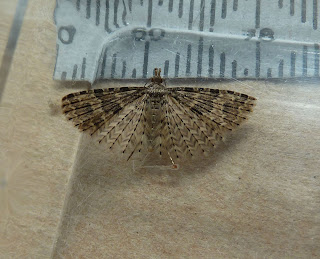