Thanks for that interesting account of your outing on Friday, Ian!  I can only report on the more mundane matter of last night's trapping session, the results of which were not terribly exciting and yes, Burnished Brass was the most abundant visitor along with Antler Moth and Early Thorn.  I believe that others have noted the relative abundance of Antler Moths this year, which is particularly pleasing in the light of Jon Baker's observation, in his 2006 Annual Report, that the species had seriously declined.  I was also pleased to see two pristine Large Emeralds, a first for me here, and the first Six-striped Rustics of the year. 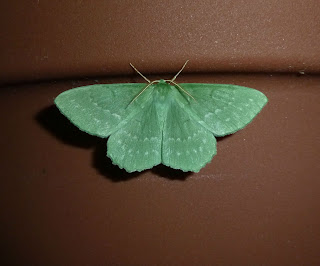 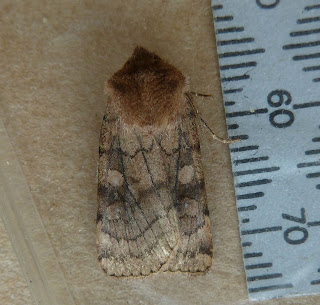