Thursday night's two traps gave a moderate catch, nothing of particular note but the first Garden Tiger of the year was nice.  Last night the small actinic in a remote corner of the garden yielded 54 moths of 26 species, including a Gothic, which is a first for me.  I was uncertain of the Green Arches at first sight on account of the broad white band on the forewings, but perhaps this is not too unusual.  Double Square-spot has joined the Ermines and Heart & Dart as the most abundant species around here at the moment, with Mottled Beauty and Double Dart not far behind.  Large Yellow Underwings and Dark Arches have started to appear.  It's not often I get a new species appearing, so the day's a good 'un for me and the British & Irish Lions! 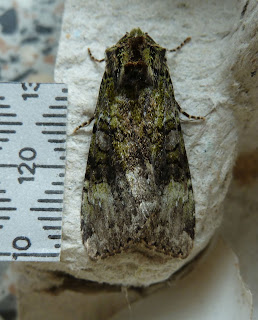 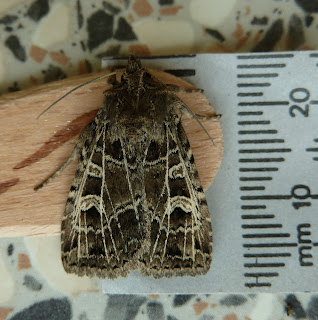