I presume that the moth in the photo is most likely to be a July Belle on account of the size/shape of the central spot and the time of year (the book says that the Lead Belle has an earlier flight season).  I haven't had one before.  The small actinic trap played a blinder again last night, contained 70 moths of 27 species.  A big surprise was that Double Dart was the most numerous species (14), closely followed by Buff Ermine and Double Square Spot (11 of each).  It seems that some species are having a bumper year; recent blogs suggest that Double Line is unusually abundant in places, and Mat's recent bumper catch of Brussels Lace is another example.

Recent discussions about the Uncertain Rustic has made me pay particular attention to any moth that might conform to one or other of them, but I 'm certainly uncertain about one that arrived this morning (see photo).  It looks more like a Small Quaker to me, owing to in particular the dark lower part of the kidney mark, which I often see in that species around here, but surely it's much too late for this species!  Any advice would be very welcome. 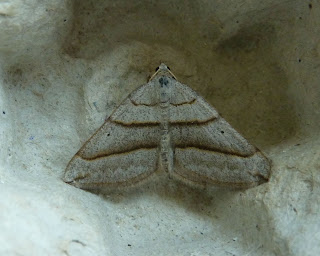 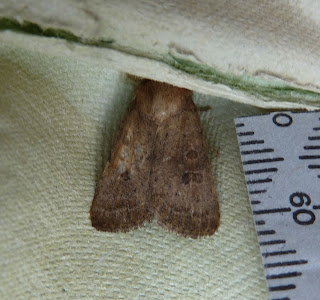